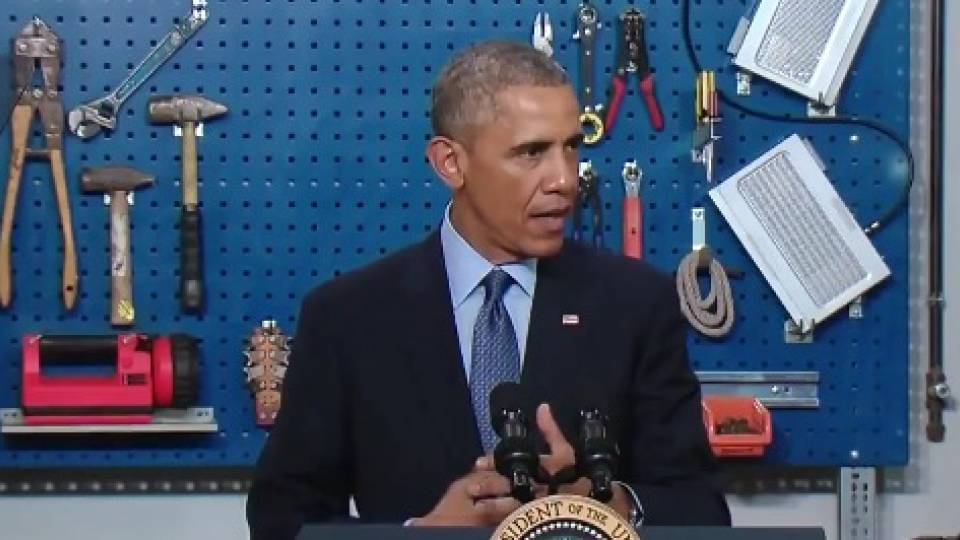 The Detroit Pistons are getting clever in their ways to promote Andre Drummond's NBA All-Star status, and draw in more votes for him. They spliced together soundbites from President Barack Obama to have him rap Drake's "Jumpman," and it's pretty legit.

And now, thanks to Toronto's own @Drake, a message from President @BarackObama ... RT #NBAVote Andre Drummond https://t.co/5s0VHNI0YL