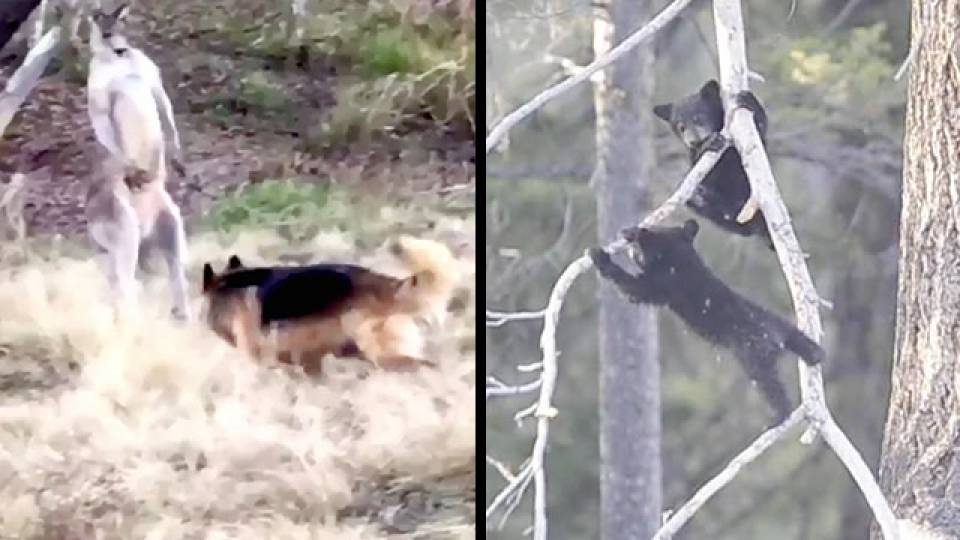 This kangaroo-dog game of "tag" may look odd to the non-Aussie observer, but it's not so funny when you see the big picture. Even though this rambunctious German shepherd might be playing, the frightened kangaroo on the other end clearly isn't joking around. Miraculously, a police officer appears from nowhere and breaks up the fight before it can escalate further.

There's cuteness enough to go around in this adorable Jukin video. Can you imagine anything cuter than three Yellowstone bear cubs playing "king of the tree?"