When a group of divers (Brian, Edison, Faizel, Haime, Jeannot, Joel, Michel, Richard and Yuri) noticed that a mother humpback whale was swimming by, caught up in a gigantic fishing net, they knew they had to whatever they could to free her. It was a very risky proposition, especially since the whale would drag the team 100-feet at a time during the rescue effort. Still, after nearly two hours, the brave rescue team managed to get the momma whale free from the net. 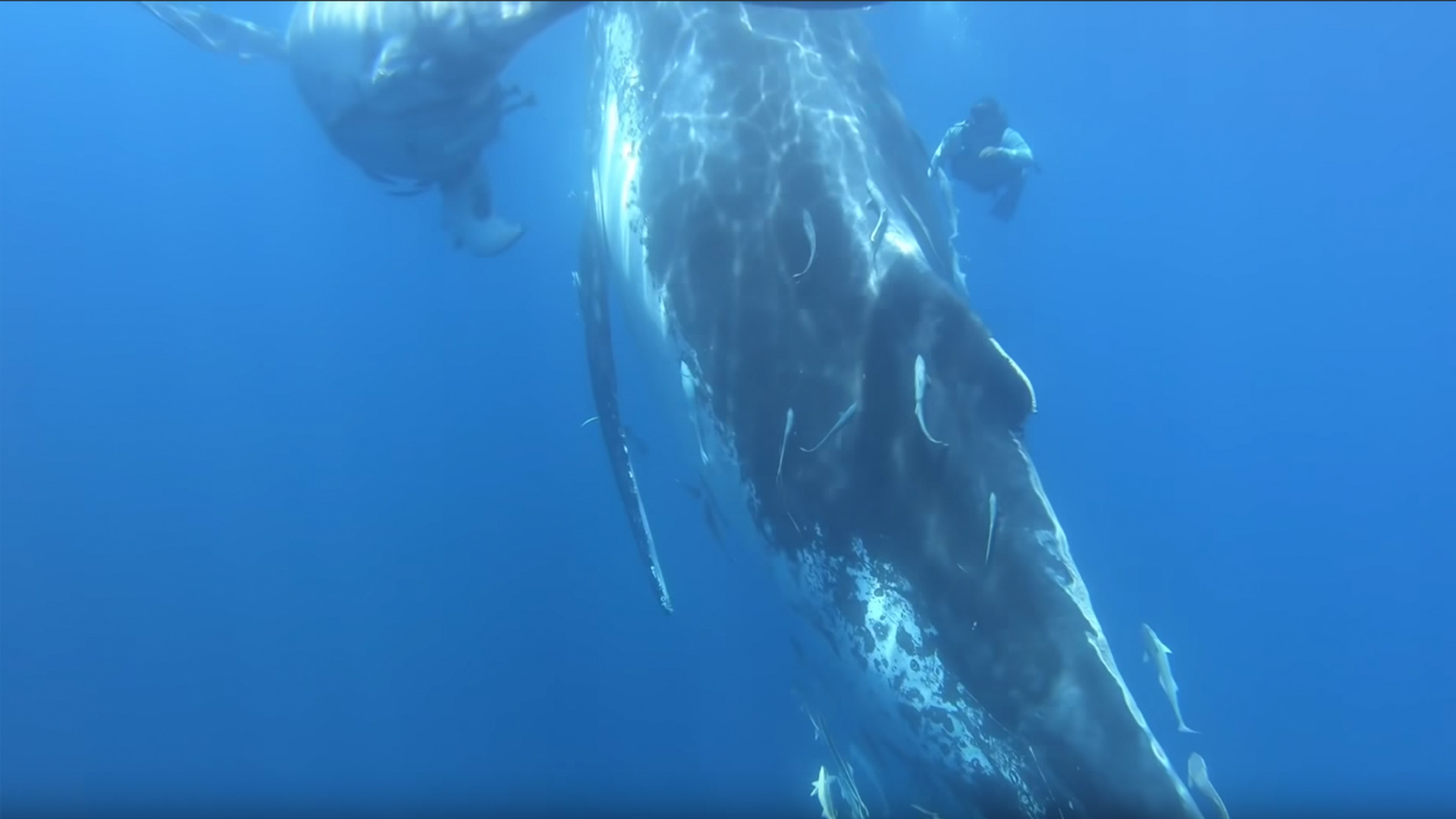