Giant Squid Spotted in US Waters

The ocean is a mysterious place, filled with many creatures and species still undiscovered by the human race. This incredible footage shows the second-only filming of a giant squid worldwide, and the first-ever sighting in U.S. waters caught on tape. If that weren't mindblowing enough, the crew that captured the footage nearly lost it after a bolt of lightning struck one of their ship's radio antennas. It's amazing this footage even made it to the internet, but boy are we glad it did. 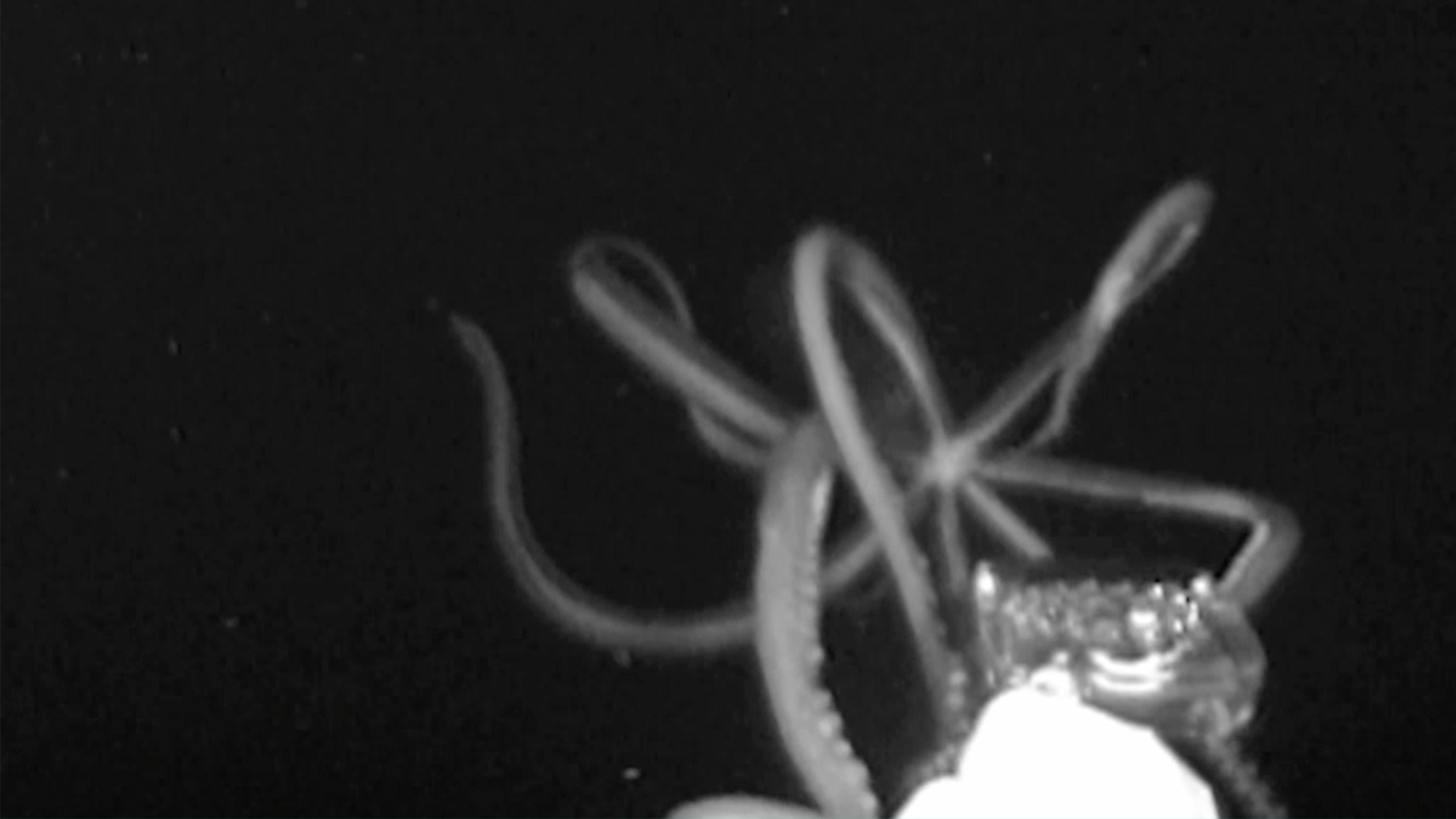