Abandoned by his owners, Rio was left to fend for himself on the streets of LA. His circumstances only got worse after he was hit by a car. Luckily somebody called the good people at Hope For Paws. After all the little guy had been through, he was hesitant to let anyone come near him. The rescuers didn't give up and once they showed him some love, attention, and snacks, he warmed right up. Five months and multiple surgeries later, Rio is running around, happy as can be with his new family. 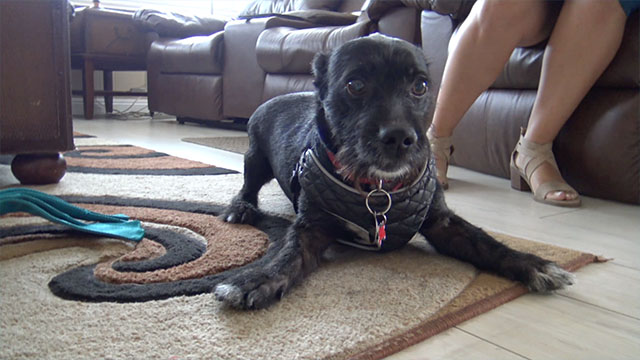