10 Cringe-Worthy Meltdowns You Can't Look Away From 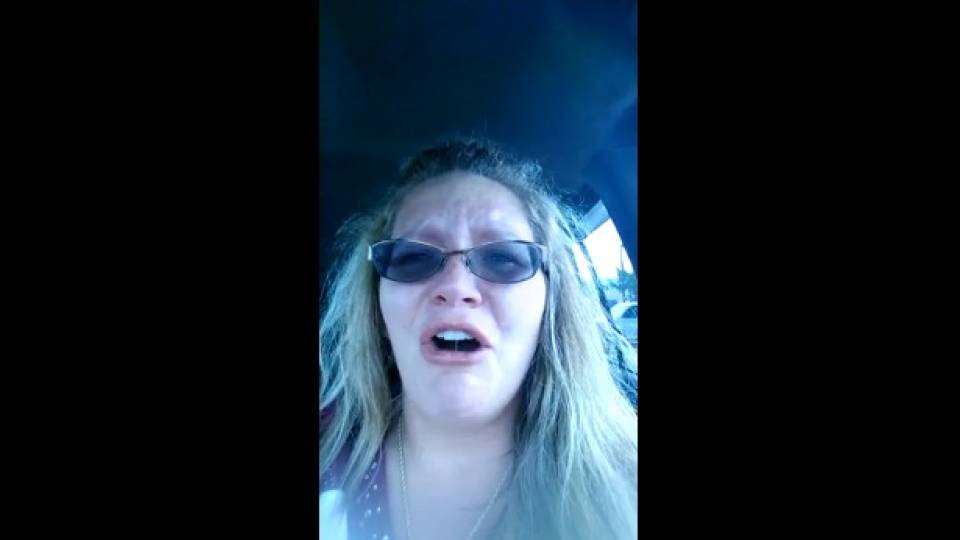 Sometimes, the drive-thru messes up your order.

This woman had a large order at Dunkin Donuts. Apparently, they forgot to give her a receipt. She threatened to posted this rant on Facebook, and then it went viral.

This was one of the most viral videos in recent memory. Amy's Baking Company was on Kitchen Nightmares, and it went SO badly, it spawned an upcoming reality TV show.

You remember the Kony 2012 fiasco, don't you? The creator of that did some philanthropic good by running around the streets of San Diego naked.

Artists can be moody. A combination of that and someone who can't take criticism too well can have disastrous results. But, did she really? We learned what was really going on here.

7. And then James told us his side of the story...

This little girl's dream is to own a real live unicorn. Who's going to break the bad news to her?

9. NFL autographs are kind of a big deal.

After waiting in line for a long time, this girl missed her opportunity to get autographs from the Washington Redskins. If you can't tell, she's absolutely devastated.

Cy loves the St. Louis Cardinals more than the average fan. The poor little guy took their defeat in the 2012 playoffs really hard.

Hungry for a tasty treat and want to get creative? Look no further. View Now

Add A Tropical Maui Twist To Your 4th Of July Burger

The meal masterminds over at Delish have a perfect twist that will turn your regular old burger into a tropical Maui burger. View Now

Delish has brought us an amazing Fourth of July recipe that will ignite fireworks of flavor on your taste buds! View Now
More recipe videos

Sadly, animals trapped in nets has become something we see far too often. Off the coast of Italy, a whale is hardly able to move with a mass of fishing net tangled around its tail. Rescuers from both the Coast Guard and a military vessel are out attempting to free the whale, but rescuing an animal of this size is no easy task. Their hard work finally pays off when they snip away the last bits of fishing net and get to watch the whale swim free. Job well done! View Now

Cats have a way of being weird, crazy, and cute all at the same time. One of these quirky cats gets exercise by running around inside the dryer, and the other runs up to its owner when it hears her scratching her leg! You've got to love cats for being unapologetically themselves. View Now

When it comes to amazing gifts, Don's setting the bar high. He and his girlfriend Steph are celebrating their anniversary, so he's surprising her with a special gift she's been wanting for a while. We'll give you some hints: it's furry, adorable and makes for one of the best companions on Earth...a puppy! Watch as the two adjust to life with their precious new Siberian Husky. View Now
More animal videos