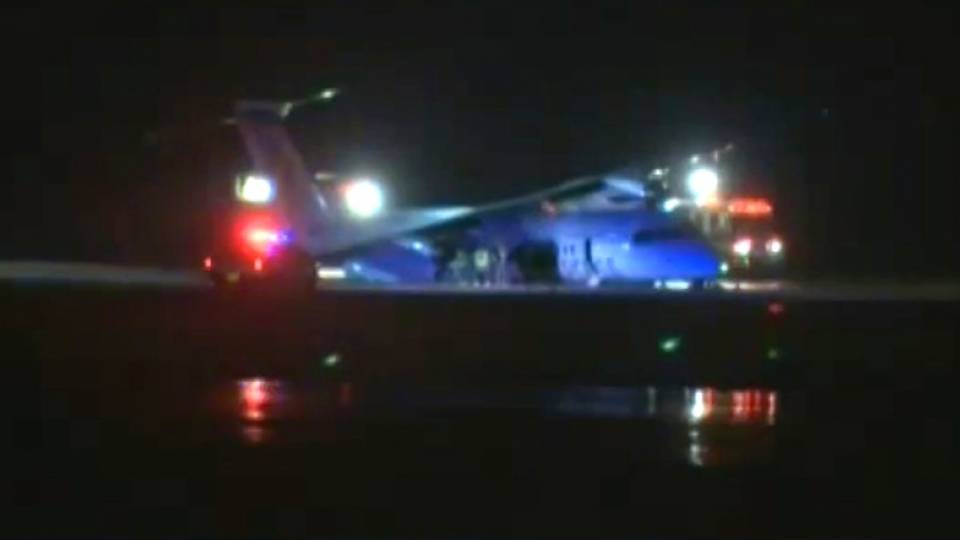 An Air Canada flight, operated by Jazz Aviation, made an emergency landing in Edmonton, Alberta, Canada last night. It's reported that at least four people were taken to the hospital with minor injuries after the flight from Calgary to Grande Prairie was forced to make the landing. A tire on the plane was blown during takeoff, though it hasn't been made clear if that was the reason for the unscheduled landing.

Here's a video from a distance showing the not-so-smooth landing:

Gianfranco Barilla, a passenger inside the plane, captured the chaos as the aircraft landed:

"Our efforts continue to focus on the well-being of the passengers and crew members. Air Canada and Jazz are very grateful that there were no severe injuries and thank emergency response personnel on the scene for their support. Air Canada customer care representatives remain available to provide the best care and assistance to those affected."