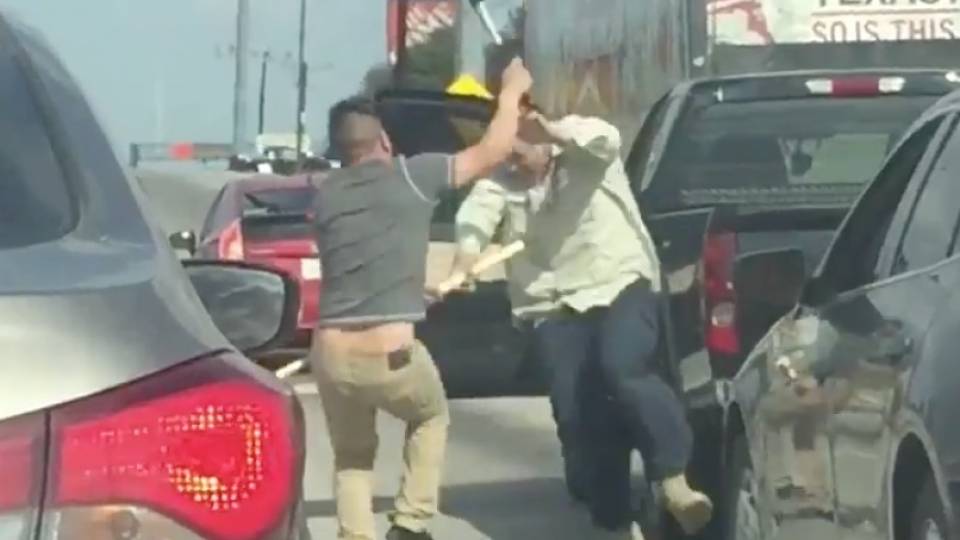 A smartphone video captured two men in Austin, Texas, swinging weapons at one another during a stop in traffic Monday morning. After one man wielded a baseball bat, another grabs a pole from the back of his truck, and the two started swinging at one another.

Police are still looking for the driver with the baseball bat.

And then the video got a Star Wars treatment.