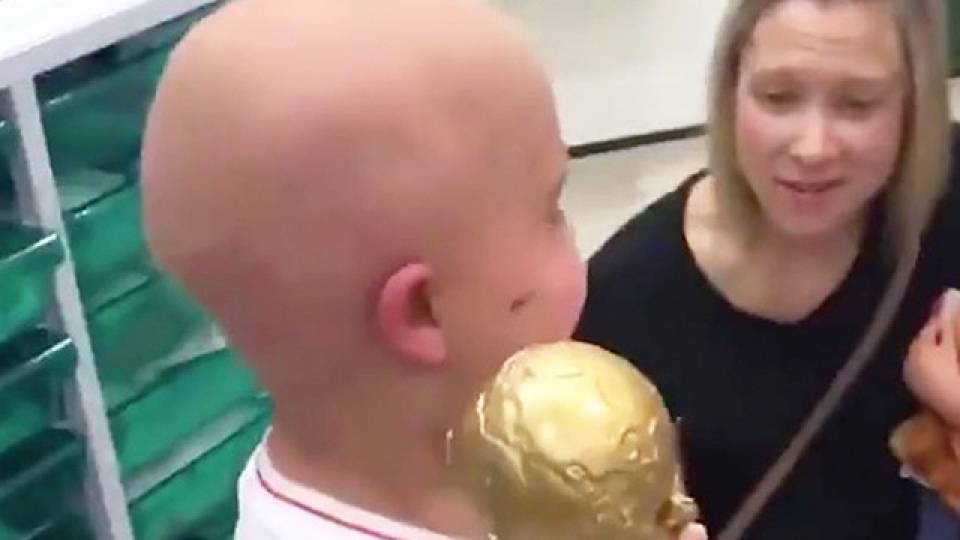 After finishing radiotherapy treatment for a brain tumor in Birmingham, England, 5-year-old Ben Williams received the ultimate reward! The little soccer fan was presented with his own version of the World Cup trophy by kind hospital staff members as others dressed up in support of the home team. Good on you, Ben! You're the real winner, and we're completely inspired by your strength during this difficult time!

WISH COME TRUE: Five-year-old Ben Williams, had just finished radiotherapy treatment for a brain tumor, but he had asked for the World Cup – so the hospital delivered on his inspiring victory. https://t.co/pkWKKvAY62 pic.twitter.com/VIy05hNW2Q