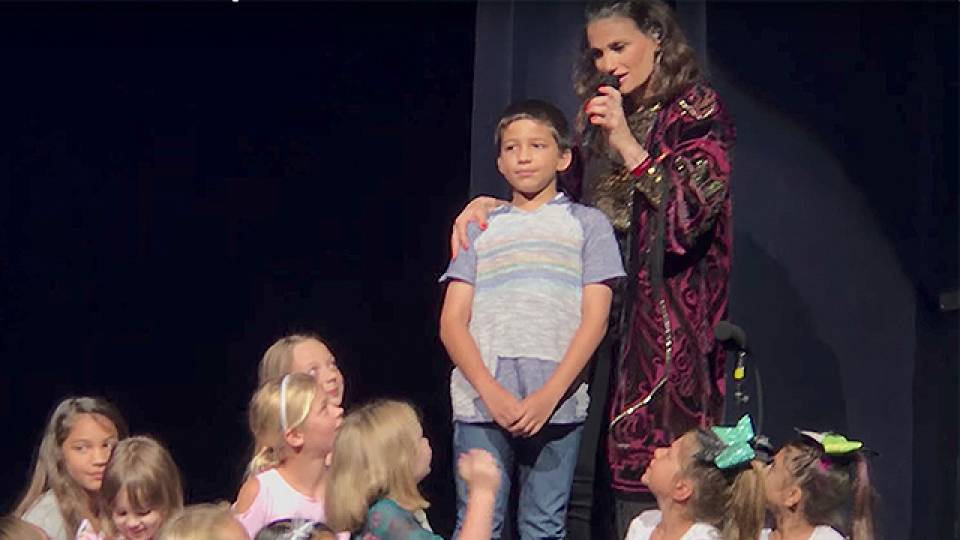 Boys know "Let It Go" too! That's the message from spunky 11-year-old Luke. At a recent Idina Menzel concert in Dallas, the singer called up kids from the audience to help her sing the "Frozen" hit "Let It Go." She immediately centered in on Luke and told the story of a boy at one of her other shows who came on stage but didn't even know the song! Luke is in shock such a thing would happen and shows off his amazing pipes, totally dominating the song.

Luke's reveling in the support he's been getting online and from Idina herself! Check out Luke's interview after the amazing moment with WFAA 8.

You blew me away Luke. #talent #courage #chutzpah https://t.co/Q208nOdWvF

This one-year-old lab pup loves playing fetch on the beach, but she doesn't always grab what her human throws. Instead, she dives to the bottom to pick up large rocks! via ViralHog Next, out of all the expensive plush toys Prince's humans buy, it will never compare to his favorite toy: an empty water jug! View Now

When The Catfish Catches You & The Diving Duck

It's a bad sign when you go fishing with your buddy, and suddenly the fish turns the tables on you. Two guys in Raleigh, North Carolina found themselves getting reeled in after they managed to hook a tremendous catfish. Looks like they'll be getting drive-thru for dinner tonight. via Viral Hog Next, ducks! Scuba divers in Iceland were surprised when they saw a duck dive with them, swim across the lake bottom, and shoot right back up. Who knew that's what it looks like when a duck goes underwater? View Now
More animal videos