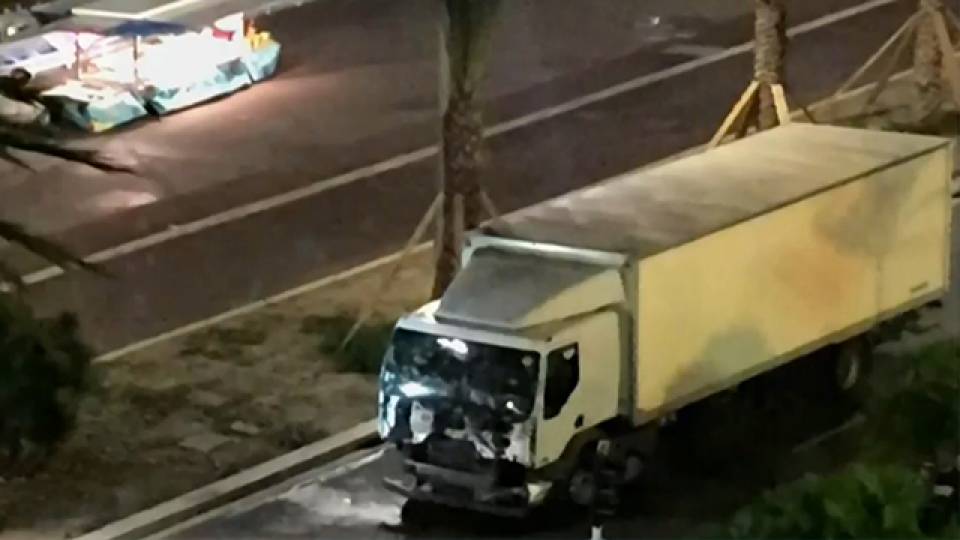 More information is coming to light about the deaths of dozens of people celebrating Bastille Day in Nice, France. The alleged killer, Mohamed Lahouaiej Bouhel, drove a rented refrigerated truck into a crowd, killing 84 people—including 10 kids—and injuring 202 others. As of Friday afternoon, 52 people were hospitalized in critical condition and 25 are reportedly in a coma.

Bouhel was killed by French police while in the cab of the truck that was loaded with weapons and grenades. The suspect's apartment was searched and his wife was taken in for questioning. In the past, Bouhel was convicted of violence with a weapon and received a suspended, six-month prison sentence. So far no groups have claimed responsibility for the attack, and a motive is still unknown.

WARNING: This footage is graphic and may be hard for some to watch.

This one-year-old lab pup loves playing fetch on the beach, but she doesn't always grab what her human throws. Instead, she dives to the bottom to pick up large rocks! via ViralHog Next, out of all the expensive plush toys Prince's humans buy, it will never compare to his favorite toy: an empty water jug! View Now

When The Catfish Catches You & The Diving Duck

It's a bad sign when you go fishing with your buddy, and suddenly the fish turns the tables on you. Two guys in Raleigh, North Carolina found themselves getting reeled in after they managed to hook a tremendous catfish. Looks like they'll be getting drive-thru for dinner tonight. via Viral Hog Next, ducks! Scuba divers in Iceland were surprised when they saw a duck dive with them, swim across the lake bottom, and shoot right back up. Who knew that's what it looks like when a duck goes underwater? View Now
More animal videos