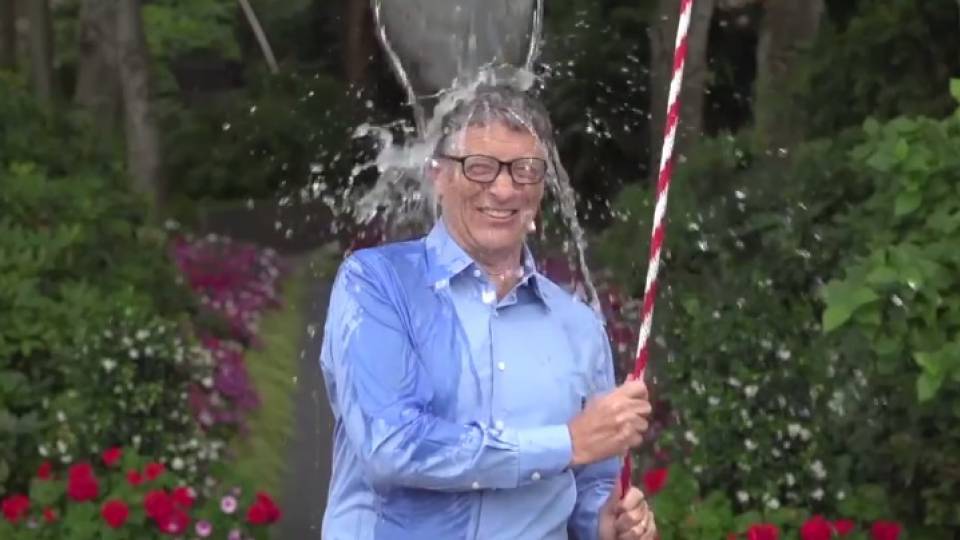 Unless you've been living under a social media rock, you've likely heard of or seen the "Ice Bucket Challenge." The "challenge" has been created to raise awareness for Amyotrophic Lateral Sclerosis (ALS), which is commonly referred to as Lou Gehrig's disease. Folks are challenged to drop a bucket of ice water on themselves by those who have already taken the challenge. If the challenged person passes on the ice bath, they must make a donation to an ALS charity. Click here to learn more about the movement and donate to the cause.

Justin Timberlake takes the challenge with members of his club:

House of Cards actress Kate Mara took on the cold water as well:

NHL player Paul Bissonnette ups the ante with a helicopter:

Our friend Rich Ferguson took the challenge as well:

Chihuahuas Ready For A Ride On The Road

Vulture Is Fenced In & Kitten In The Walls

If only there was a way to communicate with animals that we're here to help them, that would make rescues like this one much easier. Firefighters in Spain got an odd call about a vulture trapped behind a metal fence on the side of a cliff. The rescue was difficult because the bird of prey kept fighting back. Eventually, the firefighter cut away part of the fence, and the vulture flew away without any word of thanks. Rude! View Now

A pair of motorcyclists were driving in the middle of nowhere in Russia. After the pair accelerated uphill, they were met by a huge flock of sheep in the middle of the road. One biker stopped, but the other couldn't break in time and plowed into the flock. Luckily, it doesn't look like any of the sheep were injured, but the biker had to undergo a three-hour shoulder surgery to repair his injuries. View Now
More animal videos

Engaged Where They First Met & Pose For The Proposal

Six years ago, this couple first met at a residence hall at their college, Worcester State University. They've been inseparable ever since. So what better place to take the next step in their relationship? Mackenzi followed her man to this decorated room, where she found friends and family waiting. Of course, when he popped the question, Mackenzi said yes. via Urban Soul Productions View Now

When you truly love someone, they know everything about you, including your pet peeves. Morgan's boyfriend Luke knows all of her pet peeves, and he makes sure to hit all of her buttons. Of course, it's all fun and games; she can't help but smile every time he pulls one of his pranks! View Now
More Love is in the Air videos