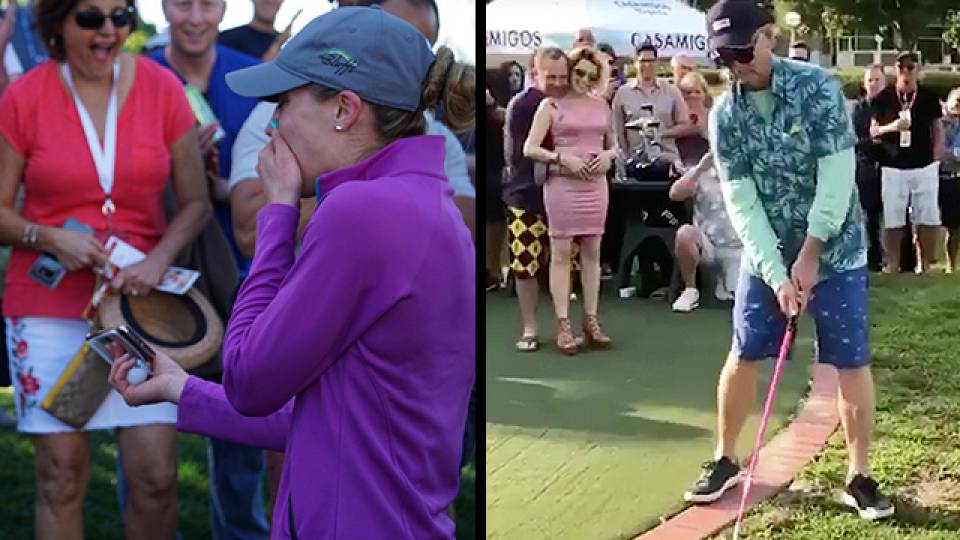 Have an important event coming up? Apparently the place to celebrate is the golf course for these two couples. Golfer Justin Thomas played a crucial role in a surprise proposal while practicing at the Wells Fargo Championship. Pretending like he was handing off a souvenir ball and glove, the soon-to-be bride actually received a message her man was about to propose. So sweet!

Meanwhile, actor Bill Murray assisted a couple wanting to do a gender reveal for their new baby. As they got to the tee at the Murray Bros Caddyshack Golf Tournament in St Augustine, Florida, they were surprised to find Murray waiting for them. So cool!