Cop Pulls Over Man Who Delivered Him As A Baby 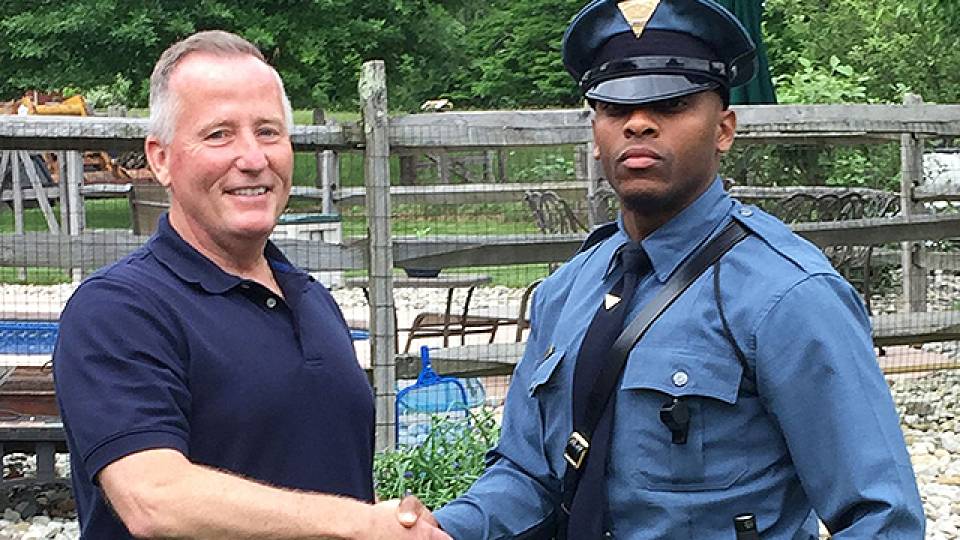 What an amazing coincidence! After New Jersey State Trooper Michael Patterson pulled over a driver during a routine traffic stop, he realized the man was a retired police officer from the same town he grew up in. It turns out, Matthew Bailly had actually met Patterson before...as a baby! 27 years ago, Bailly had responded to calls for help from Patterson's parents when mom Karen went into labor at home.

When New Jersey State Trooper Michael Patterson pulled over retired police officer Matthew Bailly, he had no idea that he was pulling over the man who delivered him as a baby 27 years ago. “Thank you for delivering me.” https://t.co/N1hh6F3dLD pic.twitter.com/S9y2KBfteZ

After their chance meeting, Patterson and his mom even visited Bailly and his wife at home after to take some photos. So cool!

What does the fox say? Well we can surely ask wildlife photographer Mark Williams! Mark shared some incredible footage he was able to capture from his self-made green hideaway in his very own garden. This mini green meadow allows for Mark to capture one-of-a-kind photos that even illustrate the foxes' reflection in the water! View Now