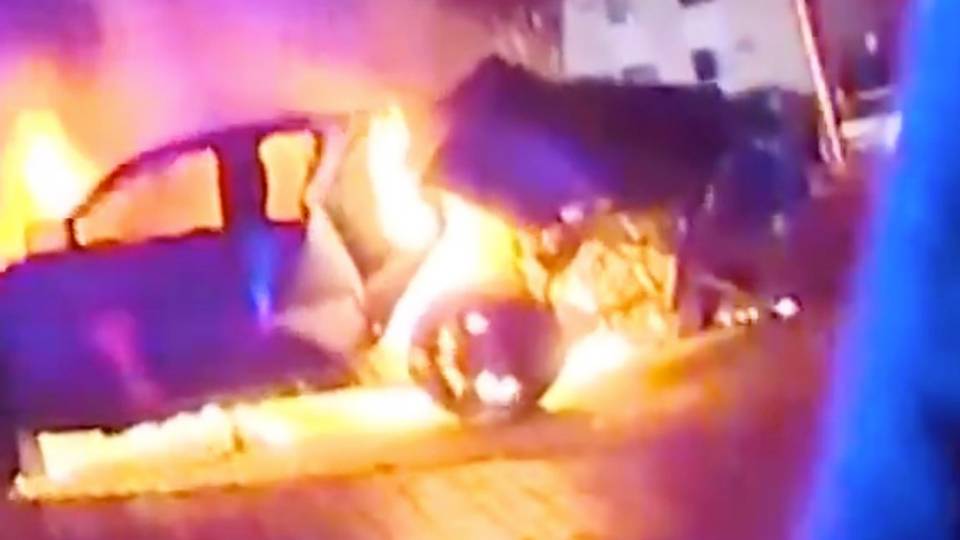 A woman is recovering after a terrifying incident. The pickup truck she was driving had burst into flames after being hit by a suspected drunk driver. Police officers shattered a window to pull her to safety. It's sobering to look at what's left now of her vehicle!

DRAMATIC RESCUE: Police officers smash window of pickup truck in rush to save woman trapped inside burning vehicle after it was hit by suspected drunk driver.

They eventually pulled her to safety and apprehended the suspect. https://t.co/XoEhExhhgk pic.twitter.com/BfSQ2G2VWc