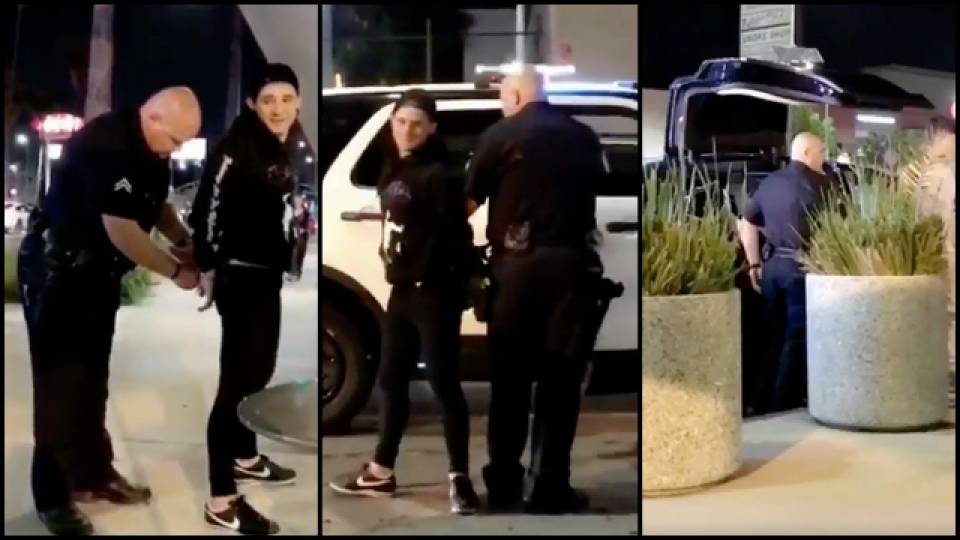 Electric dance music producer and DJ Skrillex was handcuffed in front of a Tesla. A fan captured the incident on camera and said he was pulled over for allegedly playing music loudly. The musician was reportedly let go and was free to spread his musical gold on the streets of Los Angeles, California.