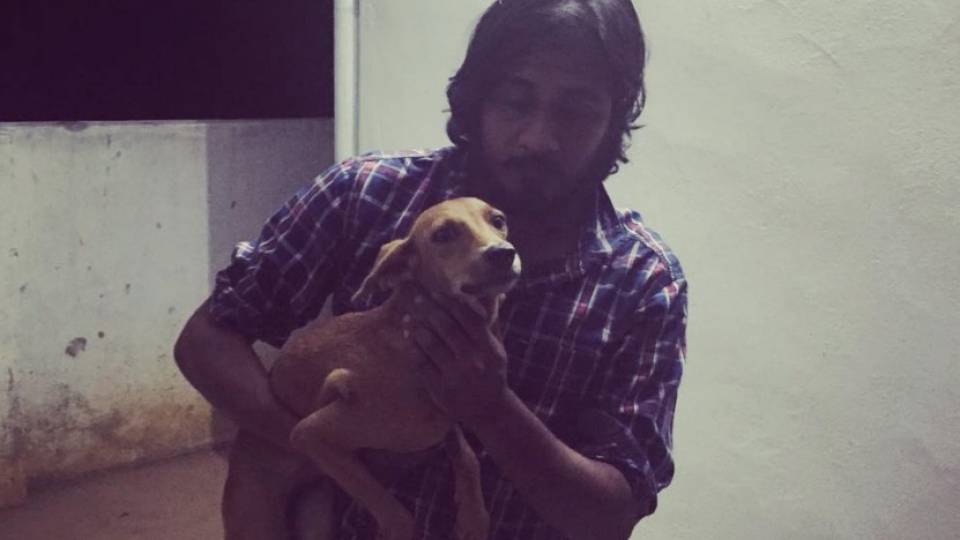 WARNING: This video is extremely difficult to watch!

Here’s a happy ending to a very, very tragic story.

Last week, a horrifying clip went viral of Gautam Sudharshan allegedly throwing a dog off a roof in India. The suspects’ parents have been cooperating with authorities and turned the alleged pup abusers into police.

Please share and help us find this bastard pic.twitter.com/QE7jM3JvoD

Sudharshan is a student at Tamil Nadu’s Madha Medical College in the southern city of Chennai; the second person’s name is unknown. According to Shravan Krishnan, the suspects are out on bail but have since been suspended from school.

Unbelievably the dog was found alive, but unable to walk well. Animal rights activist Karthik Dhandapani posted an updated video of the dog after sustaining the horrific fall.

Shravan Krishnan took to Facebook to post a photo update of the dog and says she’s being treated. Incredibly, despite all the trauma, the pup is still wagging her tail.

Camping is a great way to get out and enjoy nature. Until nature decides it's had enough of you, that is. Tourists were camping in Botswana when a pack of elephants figured it was time for the campers to leave, and if there's one thing we know about elephants, it's that you don't argue with them ever. The people immediately got in their cars, and when one of them backfired, the elephants backed off. View Now

As adorable as this video is, do not try this at home. Hunter and fishing guide Zack Brown found some wolf pups living under his lodge and returned them to their mother. Months later, he ran into them again in the wild, called out to them, and they swam right up to him! One of the pups even let Zack pick it up and pet it! View Now
More animal videos

When you truly love someone, they know everything about you, including your pet peeves. Morgan's boyfriend Luke knows all of her pet peeves, and he makes sure to hit all of her buttons. Of course, it's all fun and games; she can't help but smile every time he pulls one of his pranks! Speaking of fun and games, Barry Burton shows us just how useful past life skills can transfer into new roles like fatherhood. Take spilling baby formula, for example. He uses a credit card to line it up to put right back into the can. Because as we all know, that powder is expensive! View Now

When Chiara DeSantis was 10 years old, she started losing her hair little by little. She was diagnosed with alopecia, a condition that left her without any hair by the time she was in high school. Despite that, Chiara never felt the desire to wear wigs or hide her alopecia at all. With that said, dating life can be difficult for her. So Barcroft set up a blind date with Chiara and Michael to see if he could accept her for who she is. Based on what we saw, it looks like this was a genuine love connection. View Now

The Love Equation & We COULD Get Engaged, Or…

Did you know there's a mathematical solution to get to love? We were surprised to learn this, too. Like most math problems, it seems hard to solve until you find someone smart enough to solve it for you. Kevin wrote down several equations and the answers led to "I Love You." Now, if only we can find the mathematical solution for getting more money... View Now
More Love is in the Air videos