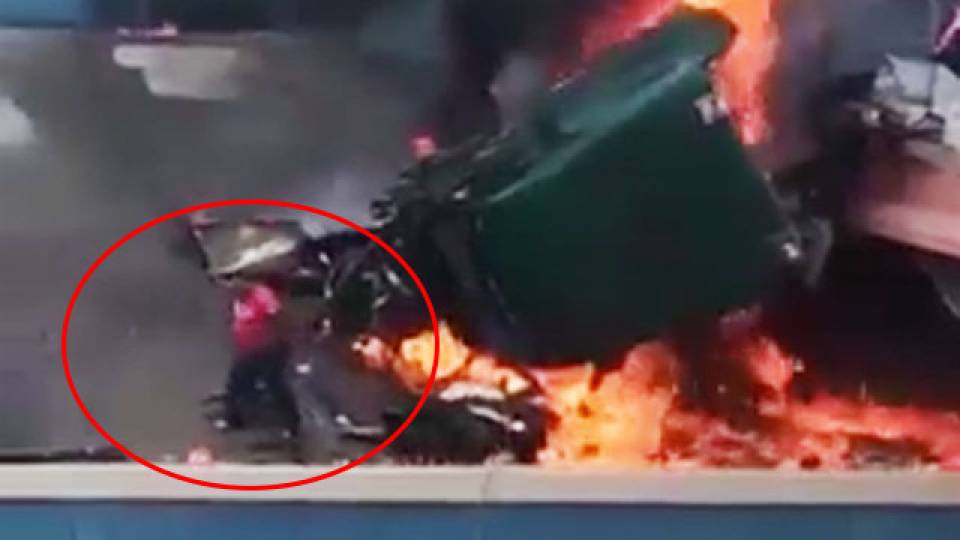 The driver of this semi-truck is lucky to be alive after he crashed into a utility bridge Thursday in El Paso, Texas. According to KFOX14, Abel Garcia lost control of his vehicle and drove up the side wall, ultimately hitting the utility bridge. He can be seen emerging from the fiery wreck, seemingly unharmed. He was treated at a nearby hospital but suffered minimal injuries. Garcia says he's just thankful to be alive, and that he didn't injure anyone else in the accident. The bridge did, however, collapse the next day. Many utility lines were damaged, and the interstate will remain shut down while repairs are underway.

LOOK:
This is one of the utility poles that was being upheld by this bridge over I-10 near Downtown El Paso.
That bridge was damaged in Thursday’s semi-truck crash.
Crews still working on repairs pic.twitter.com/2vNdcvpop5