Explosions Near Boston Kill 1, Injure And Displace Others 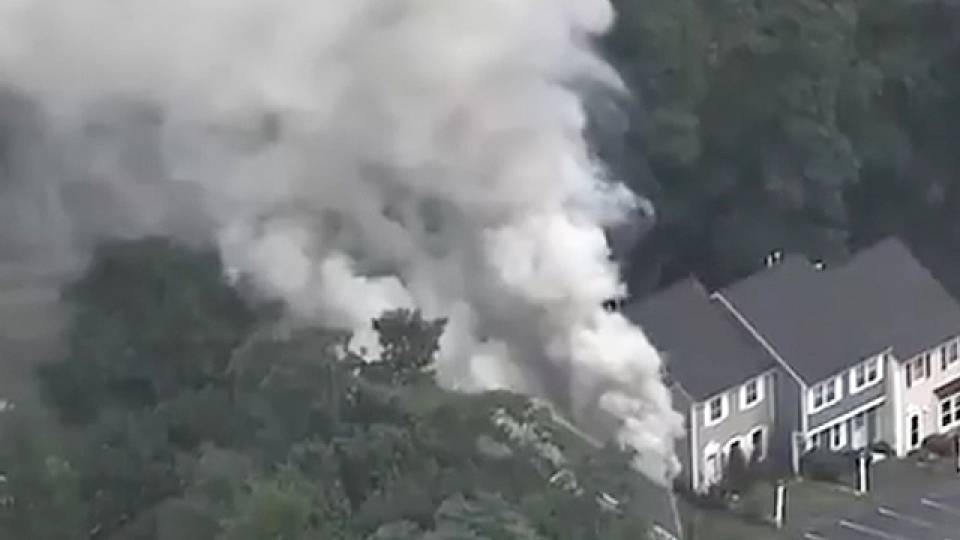 Officials are investigating a series of natural gas explosions that rocked three towns north of Boston. Eighteen-year-old Leonel Rondon was killed after a house exploded, its chimney then falling into his car as he sat in it, according to ABC News. At least 25 people were injured and 8,000 people displaced from their homes in Andover, North Andover and Lawrence, with 400 people spending the night in shelters. Columbia Gas is believed to be servicing the homes affected. The fiery incident is being likened to an "Armageddon" type of disaster.

LATEST: Evacuations are taking place in multiple neighborhoods north of Boston where residents have smelled gas, according to Massachusetts State Police.

Our thoughts are with the community. We are focused on providing as much support as possible to our customers. If you are a customer that has been affected in Merrimack Valley please call our dedicated customer service line 1-866-388-3239.

Forrest Galante Gets Up Close And Personal With Wildlife — Joins RTM

We love wildlife, but the problem is that wildlife doesn't always love us. Sometimes humans clash with the animal kingdom and it can turn deadly. One way to help is to understand wildlife better, and that's where animal biologist Forrest Galante comes in. View Now

Is This Horse Shoe Replacement Satisfying? Yay Or 'Neigh?'

Most of us know that horses wear shoes, but have you ever seen how they get put on? It's more satisfying than you think! Farrier Brett "Muffin" Maupin shares his process for shoeing horses. With 12 years of experience under his hoof, we can tell he's a master of his craft. Suddenly, we want to go get pedicures... View Now

Lexi likes to jump. In fact, she's so good at jumping that she's made it over the backyard fence a few times. So her human Matt trained Lexi to stop at the top of the fence. Nowadays, Lexi is showing off her incredible parkour skills. But what we want to know is if Matt has thought about signing Lexi up for basketball. After all, we saw a whole movie where apparently that isn't against the rules! View Now
More animal videos

Wedding Nerves Got Everyone Cracking Up

You'd never know that Maddison and Cheney Gardiner were nervous about their wedding ceremony by looking at them. You WOULD know it by listening to them, though. First, Cheney jumps the gun on saying "I do" before the vows are finished being read. Then, Maddison forgets which finger is her ring finger. There are a lot of laughs to be had, but honestly, that's a pretty great way to start a life together, if you ask us. View Now

Surprise! We Got Married!

Erika and Matt's friends and family thought they had shown up to a venue to surprise Erika for her birthday, but they were the ones who got caught off guard! A week previously, Erika and Matt tied the knot and didn't tell a soul. They shared a video of their wedding to the party guests and walked in ready to celebrate! Congratulations to the happy couple! View Now

Hugs All Around For Military Homecomings

Little Aubrianna has a lot to be excited about. Both her parents were on military deployments overseas, and she had to stay with family. First, mom came home, and then a month later, it was time for dad to return from his deployment. So finally, the family is together again, and there's not a dry eye in sight. View Now
More Love is in the Air videos