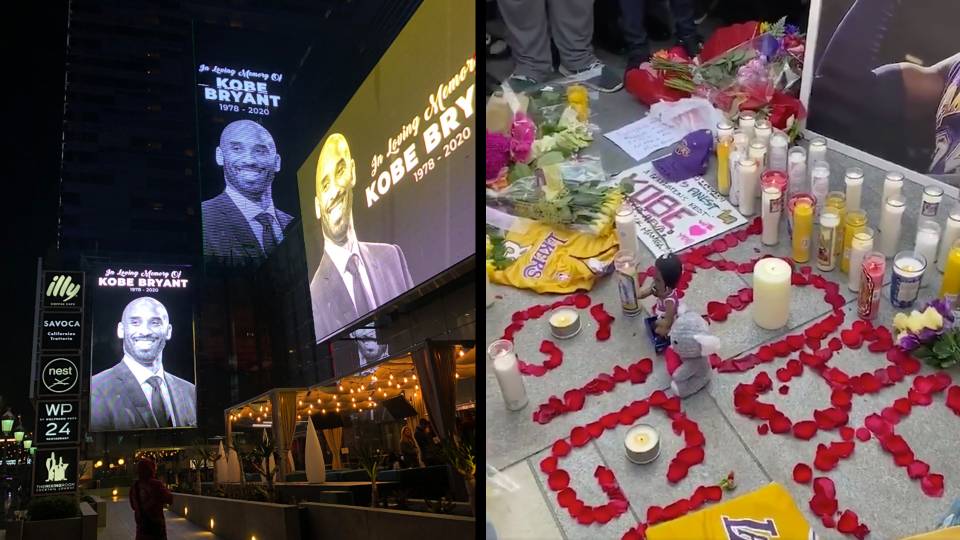 Fans were shocked to learn of NBA superstar Kobe Bryant's sudden tragic death Sunday when his helicopter crashed into a California hillside. He and his 13-year-old daughter Gianna, as well as seven others, died in the crash. Bryant was 41 years old and left behind his wife and three other children.

No words can describe the heartbreak we're all feeling. #MambaForever pic.twitter.com/Vn9fnqknqb

The city of Los Angeles was especially shaken by the news. After Bryant's 20-year career with the L.A. Lakers, fans gathered at the Staples Center to memorialize the icon and mourn his and his daughter's death.

An update on the scene across from Staples Center: "Kobe" chants in front of a fan-created memorial to Kobe and Gigi. pic.twitter.com/qR3cGas3qO

RIP to a legend. Our thoughts are with the Bryant family and the families of those seven others who did not survive the crash.