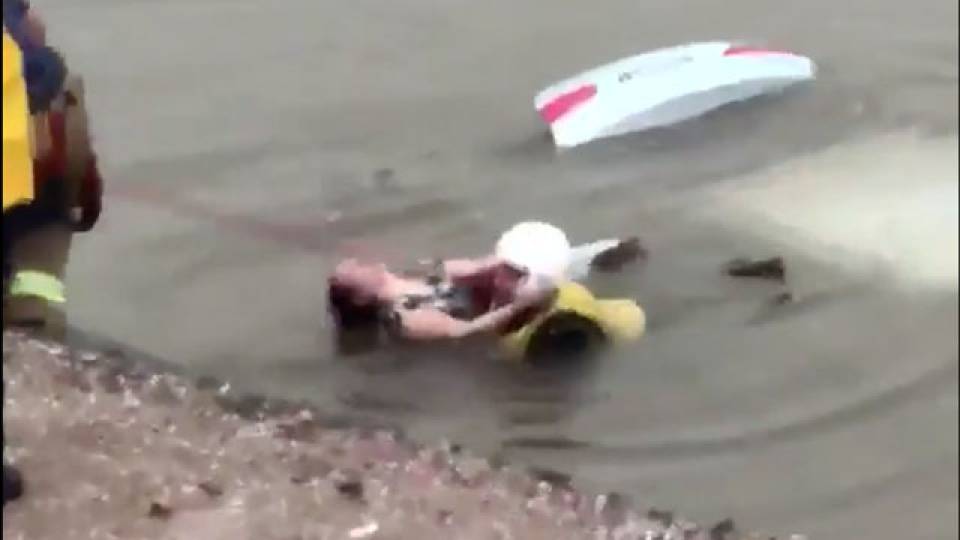 A woman became trapped inside her car at the bottom of a canal due to a monsoon rainstorm that struck the Phoenix, Arizona area Monday afternoon. A witness captured a video of firefighters who were able to dive in and pull the woman out of her car just in time. According to the Mesa Fire and Medical Department, she was taken to the hospital and sustained only minor injuries.

Just obtained video from a witness, Mesa resident Merrill Brimley, of firefighter/EMT making rescue of a woman who’s car went in a canal during storm in the northwest part of Mesa. Calculated risks are often taken to save lives. pic.twitter.com/VMg4Esukux