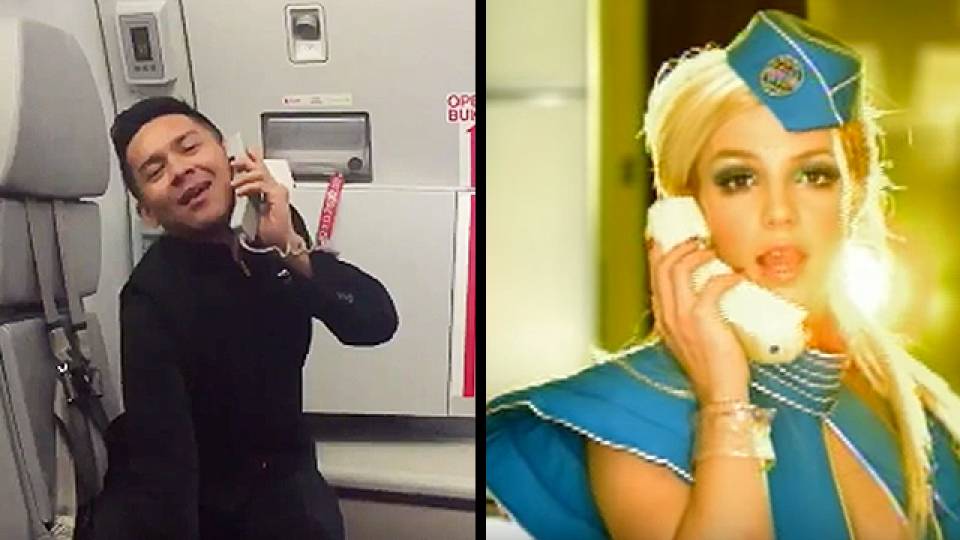 This might be better than the original! Assraf Nasir is an AirAsia flight attendant and a Britney fan, so he decided to recreate Britney Spears' classic music video for "Toxic." His dance moves and enthusiasm are quickly going viral!

A Toxic performance on A330 by @AssrafNasir. Cc @britneyspears pic.twitter.com/xoRksL1DZw

It doesn't look like Ms. Spears has responded yet to this awesome video, but we hope she does! Here's the original video.