Gayle On Film: 'American Made' And 'Victoria & Abdul' 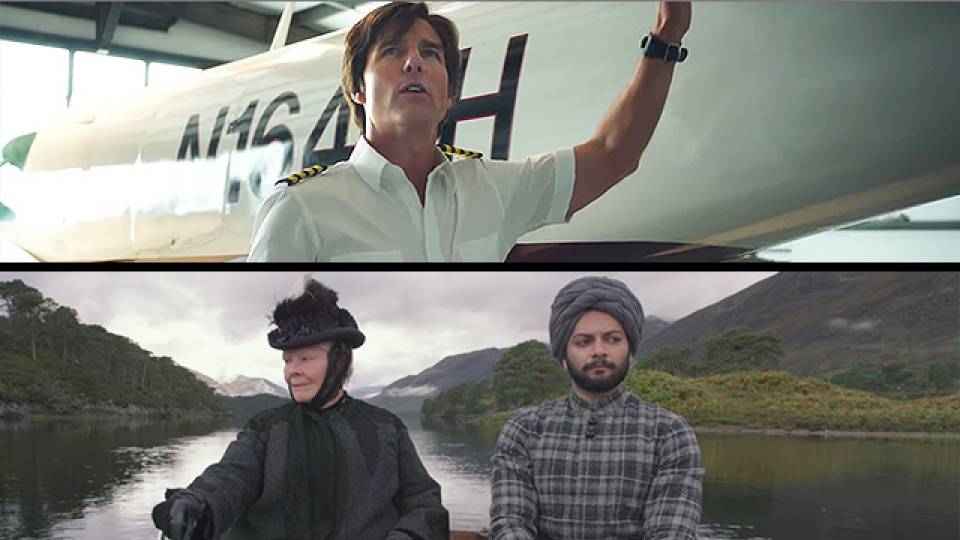 "American Made" stars Tom Cruise as TWA pilot Barry Seal, but have no fear, you won't be thinking of "Top Gun" when you see Cruise play the not quite smart pilot who is lured away from his day job to start flying weapons to Central America for the CIA. Based on a true story, this film has the sets and feel of the 1980s nailed to a capital T. When Barry feels his cover company isn't giving him enough cash to support his family, he turns to a little side action with the guys who formed the Medellin drug cartel, and that's just a tip of the iceberg in a movie that's a well acted and well written telling of some of the events that led up to the Iran-Contra scandal. And make no mistake, while Tom Cruise seems the ever eternal action hero, this guy gets back to basics and shows his acting chops with much comic relief. It's definitely worth the price of a ticket.

Victoria & Abdul: B
In another film based on true story, Dame Judi Dench capably returns to the screen as Queen Victoria in "Victoria & Abdul." She first played her in "Mrs. Brown" in 1997. Abdul (Ali Fazal) is an Indian government official sent to England to deliver a special coin to Victoria simply because he is tall. He is enchanted by the English queen, while his fellow countryman sent along for the journey longs for nothing more to return to their homeland. Victoria is enchanted by his "otherness" and quite quickly makes him her footman. It's clear any otherness would be welcomed by a woman tired of the petty squabbles of a household jockeying for position and holding firmly to tradition. Her oldest son, Prince Albert, delightfully played by Eddie Izzard, is heir to the throne and has other ideas for this innocent relationship he feel compromises the royal house. At its heart, this story is merely that of wealthy older woman who has a new friend and a family isn't at all pleased with that relationship. They believe her to be in her dotage which is hardly the case as Abdul teaches her Urdu. What's more difficult to discern is how the filmmaker wants you to feel about Abdul. Is he an "Uncle Tom" as his fellow Indian footman calls him, a huckster or merely a sincerely kind subject? It seems to be more of the latter.