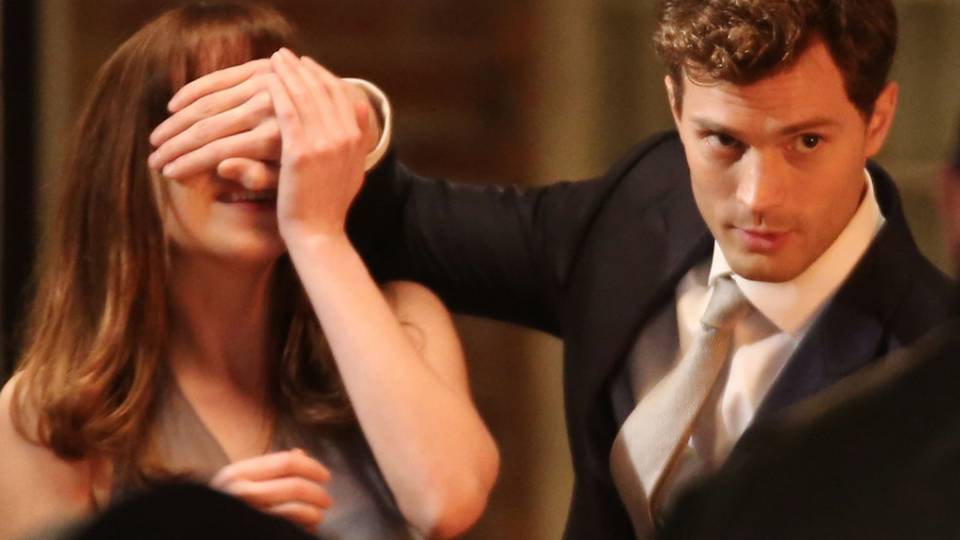 My 50 cents on 50 Shades of Grey: I begrudgingly read the book, a runaway bestseller dubbed "mommy porn" and was not impressed. The same could be said about this film which, simply put, is a boring bondage billionaire romance. College student Anastasia Steele (Dakota Johnson) is swept away by young, but wounded billionaire Christian Grey (Jamie Dornan). The caveat? He doesn't do romance, but he does want to do a whole lot with her and the myriad of adult toys in his "red room of pain." He not only wants to dominate her physically, but control her entire life as specified via contract.

It is her reluctance to sign the contract that drives this bland drama. Interestingly, the film isn't as kinky or sexy as one might expect. It hints at it, gives you glances but never goes to extremes. Some precise editing goes a long way to accomplish this. There are copious amounts of nudity, but what this film really needed was better writing and a not-so-cardboard Dornan as our tortured lead. Johnson was funny as Anna when she needed to be, but other than that, there's no real reason to see this film — because sitting through it will be like punishment.

Goose Spooks Fisherman & When You Install The Hammock Incorrectly...

David is out fishing in Illinois, but when he tries to get in a better position, he accidentally comes mere inches from stepping on a goose nest — and mama goose isn't happy. Yikes! We didn't see that one coming...and by the looks of it, neither did David! View Now

Our friends at Stray Rescue of St.Louis Official rescue animals from run-down buildings, and they say this crumbling home is one of the worst they've ever seen. A starving dog is up on the second floor, and considering how dangerous the conditions are inside, the rescuers work quickly to get the poor pup out. They end up having to climb the unstable stairs to carry her down, but we're so happy to know the sweet pooch is now in good hands! View Now

You’re In For A Rude Awakening

Ah, dreamland. The place where anything is possible. That is, until your dog wakes up from their dream, barks in your face, and nearly bites you. That's what happened to one lady when her beagle woke them both up with his dream. The beagle was obviously sorry and even offered some cuddles to make up for it. via ViralHog View Now
More animal videos