How Do Millennials Fare With the Financial Themes of ‘Money Monster’? 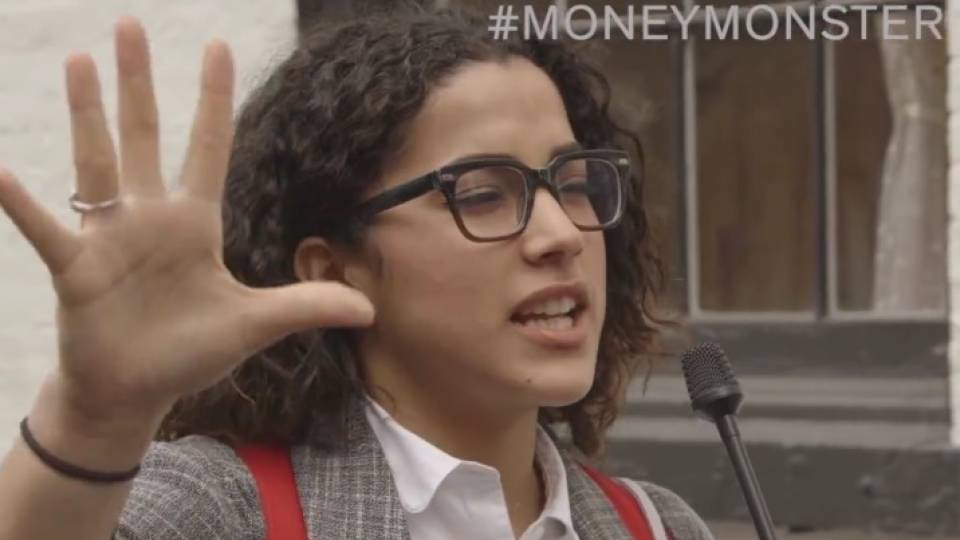 Conspiracy and a lack of financial knowledge sit at the heart of the Jodie Foster-directed thriller.

"Money Monster," opening in U.S. theaters on May 13 stars, George Clooney as Lee Gates—a larger-than-life host of a money news program. Julia Roberts plays his producer, Patty. They are held hostage live on air by Kyle (Jack O'Connell) who holds Gates personally responsible for the loss of his life savings. Now Gates and Patty must dig deeper into the "technical glitch" that wiped away millions of dollars before things turn deadly.

The film is a fast-paced finacial thriller with real world implications.“The system is engineered specifically and the rules are written by the very few people who could ever understand the rules, so that they could benefit from them, Foster told The Daily Beast, "It is a rigged system."

O'Connell plays a young man burden by financial woes—unable to provide for his family. He takes a gamble on the stock market and loses everything.

"This was a guy who was promised some version of an American dream and the pot of gold, and he doesn't get that," O'Connell told the LA Times.

The lack of financial knowledge presented in "Money Monster" by O'Connell's character begs the question: How much do millenials really know about stocks, banks and other money-related issues?

In a four-part series Mic decided to test the knowledge of a group of millenials. With questions ranging from student loans, to banks, the stock market and retirement—they started with $200 now let's see how much they leave with...