Man Moves In With Shelter Dog To Help Get Her Adopted 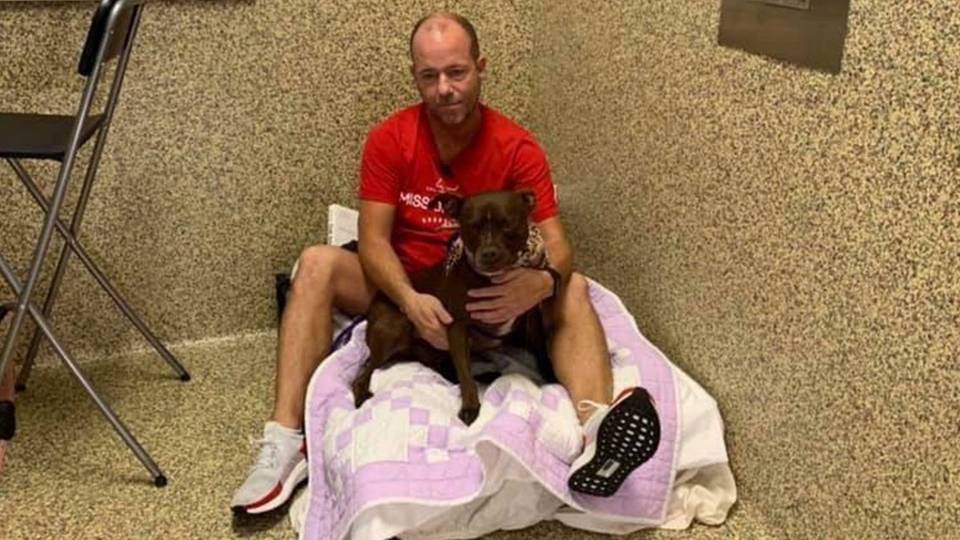 In Kansas, a dog named Queen had been living at Great Plains SPCA animal shelter for over 400 days. To help Queen get adopted, Scott Poore moved in with her to raise awareness about the situation. His plan worked and Queen has since found a forever home! Everyone at the shelter gave her a special goodbye as she left to go home with her new family.

Scott had been living with Queen for over a week before she got adopted, but he said he would've stayed with her for as long as it took. Now that's dedication!

Kudos to Scott for going out of his way to help an animal in need. You can keep up with Great Plains SPCA on Facebook and YouTube.

Whipping Up S'mores With Some True Midwesterners

Our favorite midwesterners Charlie Berens and Myles from You Betcha are showing us how to make s'mores the midwestern way! View Now

Daughter Goes All Out With Her Campaign For A New Hamster

In Maryland, a woman came home to find that her daughter had put photos of hamsters all over the place! There were pictures of hamsters on the walls, windows, and even inside of the fridge. It was all part of her daughter's clever campaign for a pet hamster, and it was clearly effective because she ended up getting one! via ViralHog View Now

Rescuing These Dogs Was Worth All The Effort

In Argentina, a tiny puppy had fallen down a pipe and gotten stuck in a well. Luckily for that pup, a team of determined firefighters came to the rescue! The firefighters spent two hours breaking open a floor to get the puppy out of there. Over in India, another dog was in desperate need of help. A stray dog had a plastic jar stuck on its head for an entire week, so volunteers spent seven hours catching the pup and removing the container. View Now

Producer Jack Moran joins the RTM hosts for another round of "Best Guess!" He’s showing them three viral videos to see if they can predict how each one will end. Want to join in on the fun? Head over to our Facebook page every Monday to participate in the "Best Guess" viewer poll. Video 1 via Jukin Media View Now
More animal videos

10-year-old Julia loves actor Hugh Jackman from his role in "The Greatest Showman." After her mom Jocelyn found a clip of Jackman and Elmo sharing the word concentrate on "Sesame Street," Julia shared how she concentrates with the actor in a video. In his response, which came just days after her 10th birthday, he told Julia he was proud of her and to keep concentrating! Click the arrow on the right to see Julia's video message. View Now

During the pandemic, actress Brie Larson started the YouTube channel we never knew our lives were missing. So, now that she's adding YouTuber to her already impressive resume, it only makes sense for her to have a stylish space to film her videos in, right? That's where LaurDIY comes in. The DIY guru is helping Brie transform her filming room, and spoiler alert: it turns out looking awesome! View Now

OK, we knew sunflower seeds came from sunflowers, but seeing the actual harvesting process is pretty fascinating! Actress, mother, and YouTube's latest sensation Jennifer Garner harvested some fresh sunflower seeds from her backyard garden — and although she may not have necessarily succeeded, all that matters is that she tried! When in doubt, feed it to the chickens. View Now
More celebrity videos

It's A Baby Shower AND A Proposal & Secret Message Spells 'Pregnant'

Sam and Weslea are having a baby shower to celebrate the arrival of their son this October, but there's about to be a whole lot more to celebrate. Why, you might ask? Because Sam's asking Weslea to marry him! Congratulations to the happy couple. via SWA Squad View Now

Catching The Bouquet Like A Boss & That's Definitely Not The Bride!

Kali designed a beautiful dress for this bride's big day, but now it's time for the bouquet toss! Not only does Kali catch the bouquet — she does it in style. Now, that's how it's done! And the wedding festivities continue as Paul awaits the magical "first look" at his bride, Samantha. Spoiler alert: it's not Samantha behind him...but it is someone in a dress! Check out the hilarious moment we're sure Paul will never forget. View Now

Some Surprises Are More Thoughtful Than Others...

Amber and Kyle were exchanging gifts before their wedding, and it's safe to say that Amber loved her present! View Now
More Love is in the Air videos