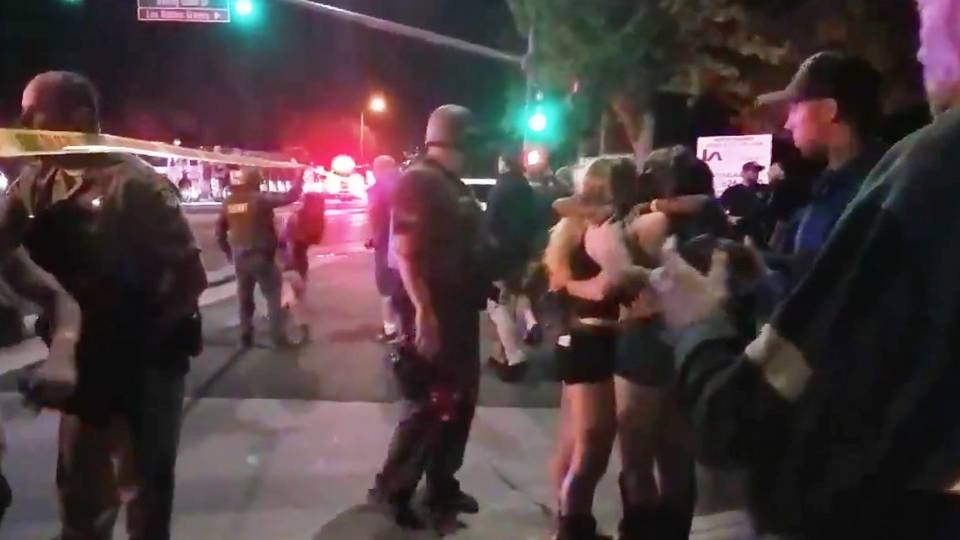 At least 12 people, including a 29-year veteran of the Ventura County Sheriff's Department, are dead after a 28-year-old man walked into the Borderline Bar & Grill and shot them. The bar in Thousand Oaks, California was having its Wednesday country college night, according to CNN. The gunman has been identified as Ian David Long, a former Marine. He previously had run in with the law, but the motive for the shooting is not yet known. Long killed himself inside the bar before the main police force arrived on scene.

Outside of the bar, survivors and loved ones gathered were in shock.

Some tearful reunions among those presumably (though unconfirmed) at Borderline or who knew them at Borderline. #Borderline #BorderlineShooting #ThousandOaksShooting @vcstar pic.twitter.com/0Ik19qFyGa

Mitchell Hunter, 19, of Simi Valley, has bloodied hands after breaking a window with a chair to get out of Borderline after he heard shots on the dancefloor. #Borderline #Borderlineshooting pic.twitter.com/x3MX1rkNDf

One woman in tears said her friends got bar stools to smash the windows so they could escape as gunfire erupted in the Borderline Bar & Grill in Thousand Oaks https://t.co/3gvXBtsEIT pic.twitter.com/vx25QXdUDa

"So I grabbed a barstool. We went through the window."

Borderline Bar patron Matt Wennerstrom, describes breaking a window and helping other patrons to safety during a mass shooting that left at least 12 dead. https://t.co/yD5AAXHY1Z pic.twitter.com/6WLE8i8ui0

Above the 101 freeway in Thousand Oaks to honor a hero who gave his life by running towards gunfire to save others. RIP @VENTURASHERIFF Sgt. Ron Helus pic.twitter.com/Zhx4c28YTe

I don't know how or what compels first responders to do what they do, but I thank God everyday they do it. #thousandoaks #borderline