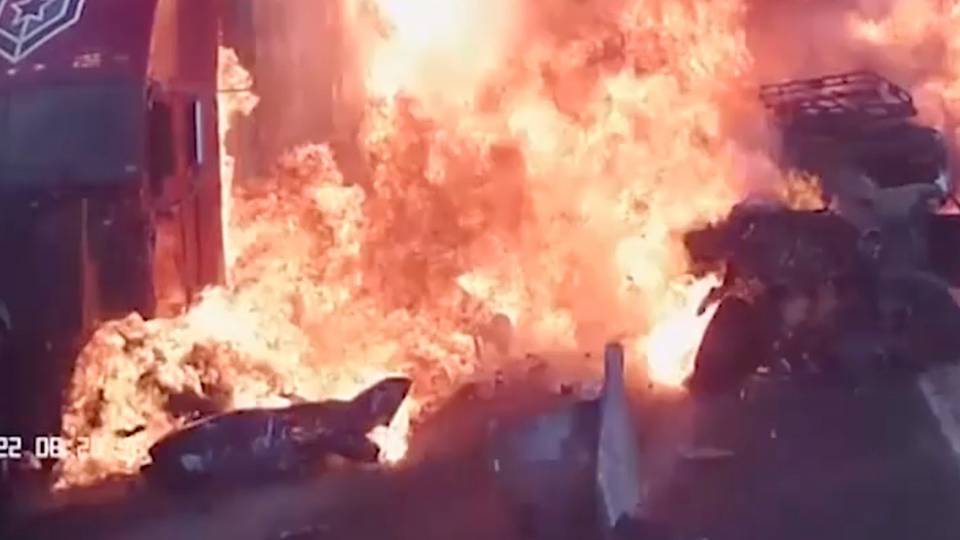 An 18-year-old is lucky to be alive after his vehicle veered into oncoming traffic and hit a semi truck head-on, sparking a huge explosion. It was all captured on Marc Cramer's dashcam, and he along with son John pulled Samuel Lachance out of his burning vehicle, according to ABC News.

An 18-year-old man is recovering at the hospital from injuries suffered in the head-on collision. https://t.co/1Euy60QuJ6 pic.twitter.com/jMpyUxa22C

The driver of the semi truck only suffered minor injuries. Lachance is now recovering at the hospital and suffered burns, cuts and a traumatic brain injury.