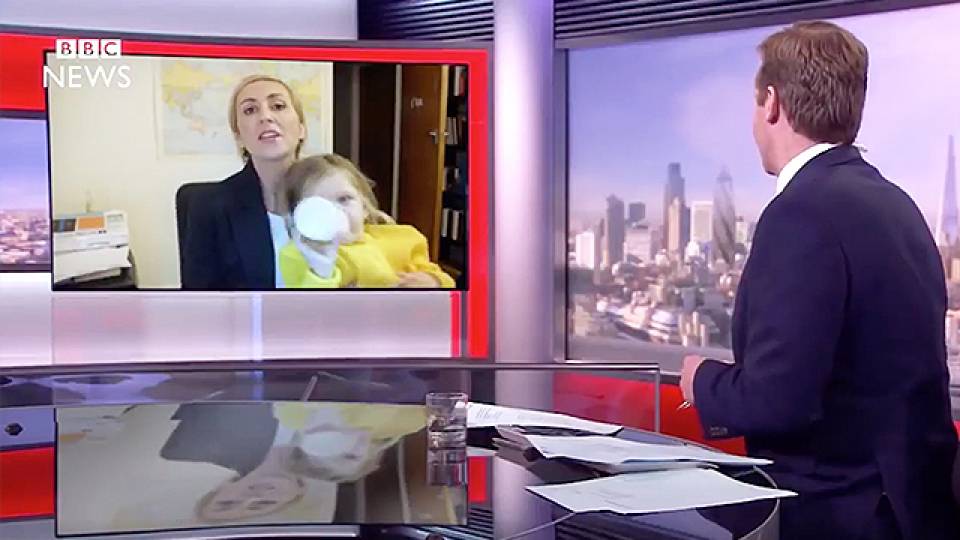 It was the hilarious interview seen all around the world. Professor Robert Kelly was being interviewed by "BBC News" when his kids found their way into the room while his wife rushed in in panic. The Kellys have since done multiple interviews and a press conference since, with people loving the cute family's antics. What would have happened though if this happened to a mom? The "Jono and Ben" show in New Zealand finds out. You won't believe what goes on!

This video by @JonoAndBen is a hilarious take on how a mother would handle multi-tasking. pic.twitter.com/yjywuy28Ry