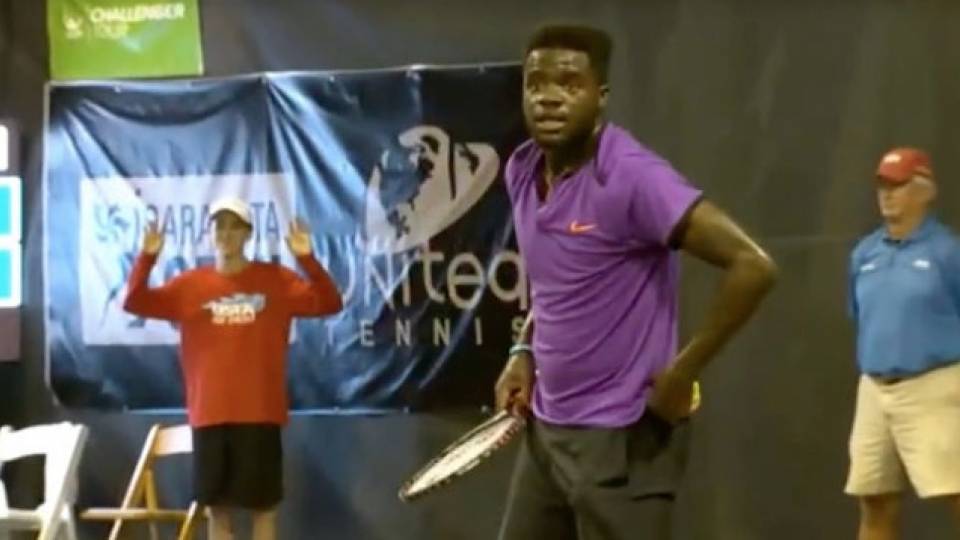 Frances Tiafoe and Mitchell Krueger were facing off in a tennis match at the Sarasota Open when something bizarre happened. Mike Cation, the commentator, assumed a spectator was viewing an adult video before later realizing the sounds were coming from people making love in the vicinity of the match. Even Tiafoe had to stop and comment that, “It can’t be that good". You're going to crack up when you see a mom make her son cover his ears and all the other reactions.

Much love to the couple with the windows open across the way! Sounds like you guys had a good time!@SarasotaOpen

@MattReid12345 @MikeCTennis never seen something more real it was amazing