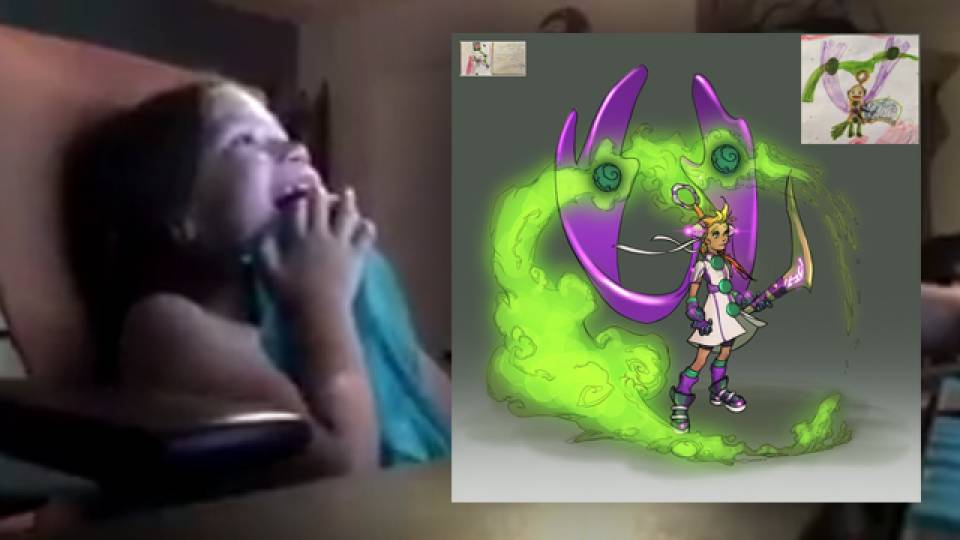 Blizzard Entertainment, known for the massively popular "World of Warcraft," is seeing huge success with the recent release of their latest video game, "Overwatch" — a multiplayer first-person shooter that's fun for all ages. We say that, because Shane Hickey's adorably talented daughter, Ava, is a HUGE fan. So much so, that this little artist actually developed her very own character for the game. Meet #Birst: 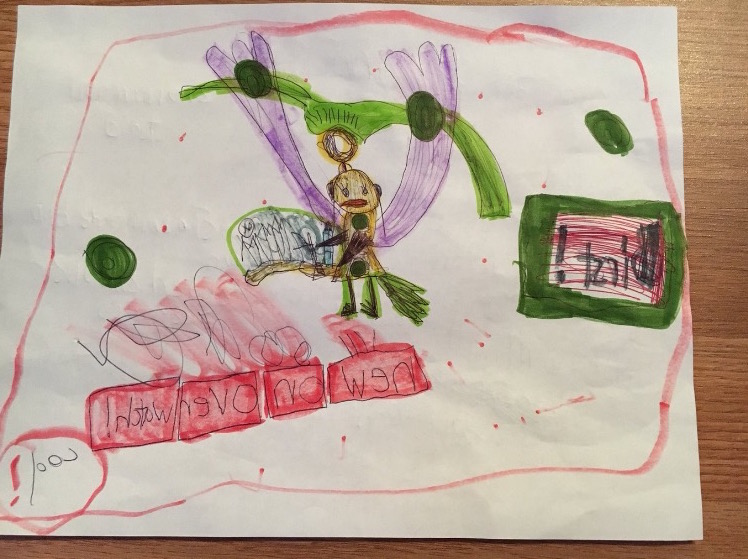 We thought Birst was awesome, and we weren't the only ones. The "Overwatch" creators were quick to express how blown away they were with the drawing. They didn't stop there. The game's artists turned Ava's art into an actual character concept. And she definitely needs to be in the game!

@shanehickey Our artists were so inspired by this that they created their own fan art! Hope your daughter loves it! pic.twitter.com/c1ToeH1MJF

Ava couldn't contain her excitement when she found out what they did...

@PlayOverwatch hey again team, Here's Ava finding out about the character you did for her #Birst Thanks again! pic.twitter.com/nqRFLykRPs

Check out what the RTM hosts thought of this awesome character!

Bravo, Blizzard for creating such a priceless moment for a little fan. And thank you Ava for sharing your awesome character with all of us!

For all the folks mourning the loss of Taco Bell's signature Mexican Pizza — Jessica Hord has good news! View Now

5 Delicious Recipes For Your Slow Cooker

If you have a slow cooker but never use it, here are some recipes to get you going! These side-dish recipes from Delish will help you cook delectable meals for you and the whole family. View Now
More recipe videos

Some Animals Are Friendlier Than Others

What's the one thing that could make a surprise birthday party with your loved ones even better? Alpacas! If you're Chloe, that is — who loves alpacas. Her college roommates came together to throw her an epic birthday party with two fluffy 4-legged guests, and based on Chloe's reaction, we'd say she loved it! Unfortunately for Mandi here, not all animals are as friendly. While she and her friends were driving through a safari park in Tennessee, and angry llama gave her a not-so-warm welcome by spitting on her face. Somebody get this woman a hose, stat! View Now

These Musical Performances Are Anything But Ordinary

Sometimes unusual situations turn out to be the best ones! Let's start off in Alabama, where 16-year-old Joe randomly came across an upside-down piano while taking a stroll in the woods. He decided to make the most of the bizarre situation by playing a song on it. Over in Oregon, pro singer Erin G. McCarthy was belting out a tune... for an audience of horses! One of the horses approached her during the performance, so it looks like that one was definitely a fan. View Now

Baby monitor footage shows the shocking moment a dresser falls on a set of 2-year-old triplets after they were playing on top of it. Their mom rushes in moments after, and miraculously, none of the toddlers ended up hurt. Phew! From one close call to another, a group of children is playing in a neighborhood in Vietnam when a cow on the loose suddenly charges at them. Luckily, nobody was injured — but talk about random! via ViralHog View Now
More animal videos

OK, we knew sunflower seeds came from sunflowers, but seeing the actual harvesting process is pretty fascinating! Actress, mother, and YouTube's latest sensation Jennifer Garner harvested some fresh sunflower seeds from her backyard garden — and although she may not have necessarily succeeded, all that matters is that she tried! When in doubt, feed it to the chickens. View Now

It's not every day that an artist reacts to a rendition of their song that you created and sang. In this video, Alicia Keys reacts to fans who covered her songs, and spoiler alert, she loved them! The artists also got to react to her reactions which makes for some great wholesome content you won't want to miss! View Now

Superstar Selena Gomez has a new makeup line available, and who better to try it out than makeup tutorial queen, Nikkie Tutorials! But this isn't just a one-way street, Ms. Gomez also tries out Nikkie's own makeup line as well. You can check out the full video below: View Now
More celebrity videos

These Unique Proposals Had Everybody Smiling

Zach is one of the drivers of the Wienermobile, and sometimes his girlfriend joins him as he drives the unique vehicle around. View Now

Wife Gets A Carload Of A Surprise

What lengths would you go to keep someone guessing? Neil Henry posted a video on Instagram showing his elaborate gift-giving style. View Now

Abigail and Roeh Bennett are excited to be big sisters to twins! Their parents Matthew and Ashley wanted them to find out the genders of their new siblings in a fun way, so they created a sweet scavenger hunt for the girls. View Now
More Love is in the Air videos