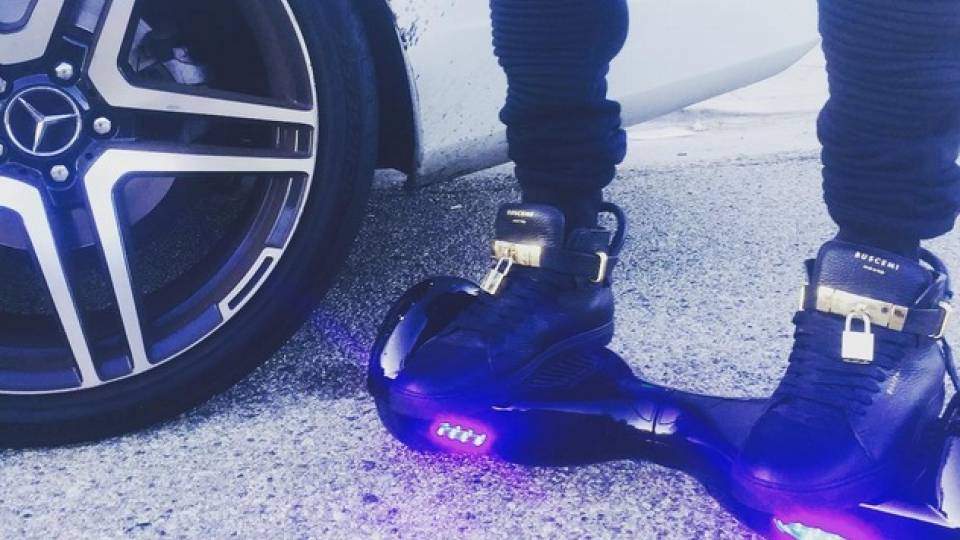 This is 2015, walking is such a thing of the past, especially if you can afford some awesome new transportation technology. If you follow any celebrity on Instagram your feed is probably full of Phunkee Ducks or IO Hawks, because from rappers to actors and athletes they're all cruising around in futuristic style.

A video posted by Kourtney Kardashian (@kourtneykardash) on

Wiz Khalifa goes shopping on his.

A video posted by Wiz Khalifa (@mistercap) on

Bieber takes a Nerf dart to the junk on his.

A video posted by Justin Bieber (@justinbieber) on

Pretty Little Liars actress, Shay Mitchell, glides through the house on hers.

A video posted by Shay Mitchell (@shaym) on

Rapper Tyga's son gets dizzy on his.

Kendall Jenner crashes on hers.

A video posted by Kendall Jenner (@kendalljenner) on

Chris Brown dances on his.

A video posted by @chrisbrownofficial on

Skrillex does tricks on his.

A video posted by skrillex (@skrillex) on

Kevin Hart spends time with family on his.

A video posted by Cyclone Nation!! (@ejbibbs11) on

Orange is the New Black star, Ruby Rose, wears awesome kicks and sings on hers.

A video posted by Ruby Rose (@rubyrose) on