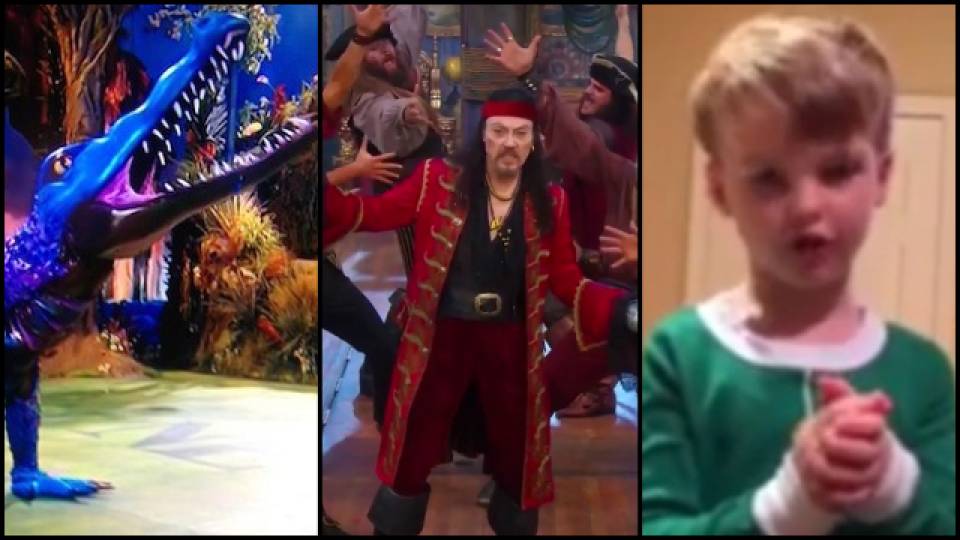 "Peter Pan Live" didn't do so hot on a national level last night, receiving a 47-percent drop from "The Sound of Music" on NBC last year. But fret not. There were some outstanding moments to remember.

For example, the first song-and-dance number when Allison Williams sang "I gotta Crow" was great. It was a great tone-setter for the three-hour event. But unfortunately all I could think about was Jonah Hill singing that song in "21 Jump Street."

The best dance scene, by far, was when we got to see Christopher Walken, with exaggerated eyebrows painted on his face, tap dance while his fellow pirates jazz-handed their way around the Jolly Roger. If you're a Walken fan, you probably couldn't help but giggle and love it.

Then there was a gnarly blue crocodile that was just kind of confusing and silly. Seriously, why is this animal blue?

And probably better than watching the actual live TV special, we received some "over-the-wall" reviews, like this one from Iain Armitage.

Wow, I love this kid. Bright future ahead.