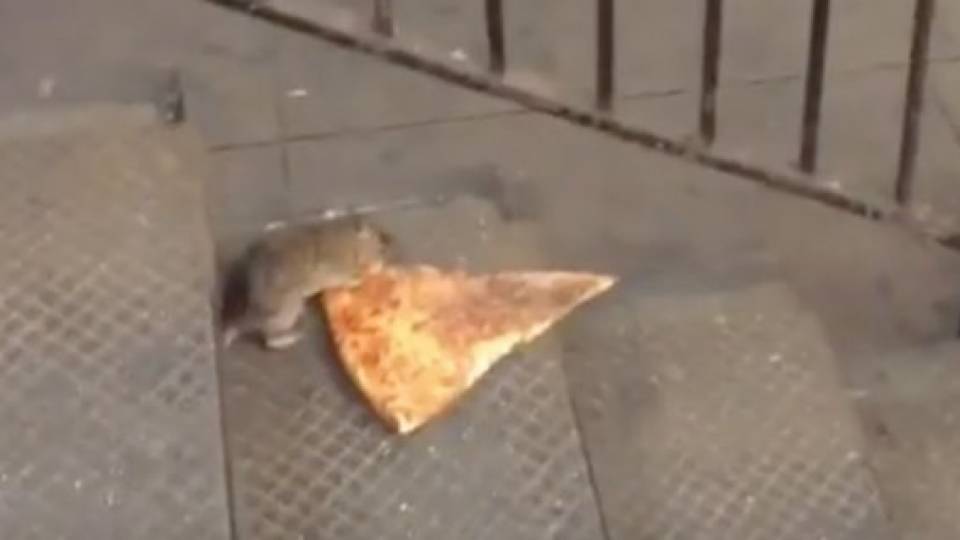 Oprah Winfrey, Elivis Presley, Pizza Rat. If you thought a rat couldn't capture the hearts of millions, then you never met this persistent little creature. He might be small in stature, but he's built with pure awesomeness. No New York City subway stair is too steep to keep this little guy from his pizza!

Matt Little, a comedian in NYC, was the one who finally gave Pizza Rat the attention he deserved. A true inspiration to us all. No slice is too big to carry! No dream is too big to achieve!

And you know darn well he went back for that slice!

In case you're curious, I went back for the slice. I'm a New Yorker, dammit.

The Internet and celebrity (Twitter) world has embraced the now iconic pizza-loving rodent with open arms.

We are too Mr. Gottfried, we are too.

Pizza for all Americans?

Truer words have never been spoken.

just left my wife and kid to start a new life with pizza rat.

Ok, ok that's a little much, but he does have his own soundtrack!

Looks like Disney's even cashing in on the phenomenon. Mickey Mouse who?

Welp, we know what we're going to be for Halloween!

At the end of the day, whether you're a fan or not, you have to commend Pizza Rat for turning someone's horrific act into something spectacular.

All in all, we just want to thank you Pizza Rat for teaching us what it means to chase your dreams.

You will forever and always be our spirit animal!