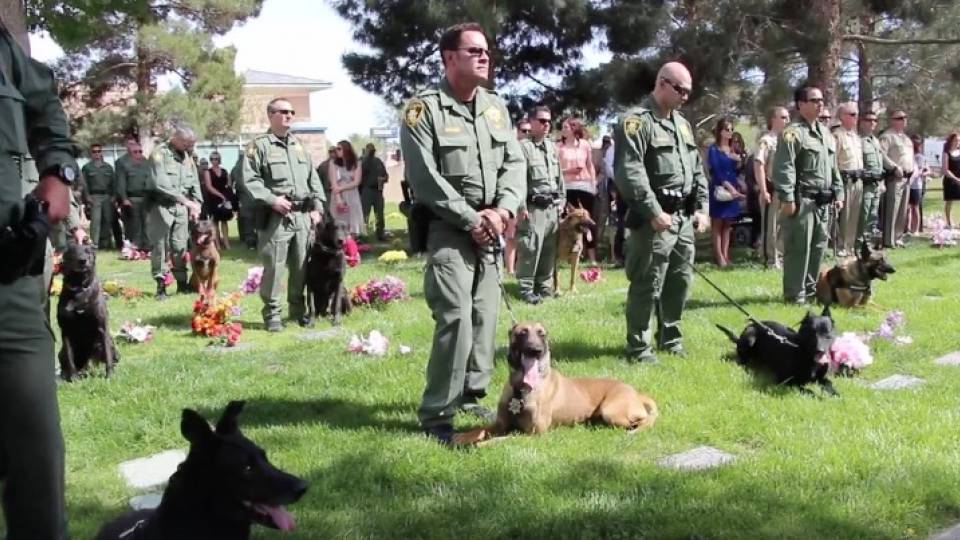 The Las Vegas Metropolitan Police Department's canine and human officers sadly had to say a heartfelt goodbye to one of their own this week.

R.I.P. Nicky.It is with heavy hearts this afternoon that we inform everyone about the loss of a valuable member of the...

Nicky was killed in the line of duty while helping apprehend a double-murder suspect, and this beloved K9 was given a well-deserved hero's sendoff in the form of not only a 21-gun salute — but also a 21-bark salute from all of his friends.

Nicky's fellow K9s say Goodbye!In a touching tribute to their fallen comrade, LVMPD K9s bark their goodbyes at the conclusion of the funeral service for K9 Nicky who died in action on 3-31-16 while helping apprehend a double-murderer.

Nicky might be gone, but his courage, devotion and loyalty to partner Sgt. Eric Kerns will never be forgotten. The LVMPD held a beautiful memorial service for their fallen hero. Warning: You're going to need tissues! 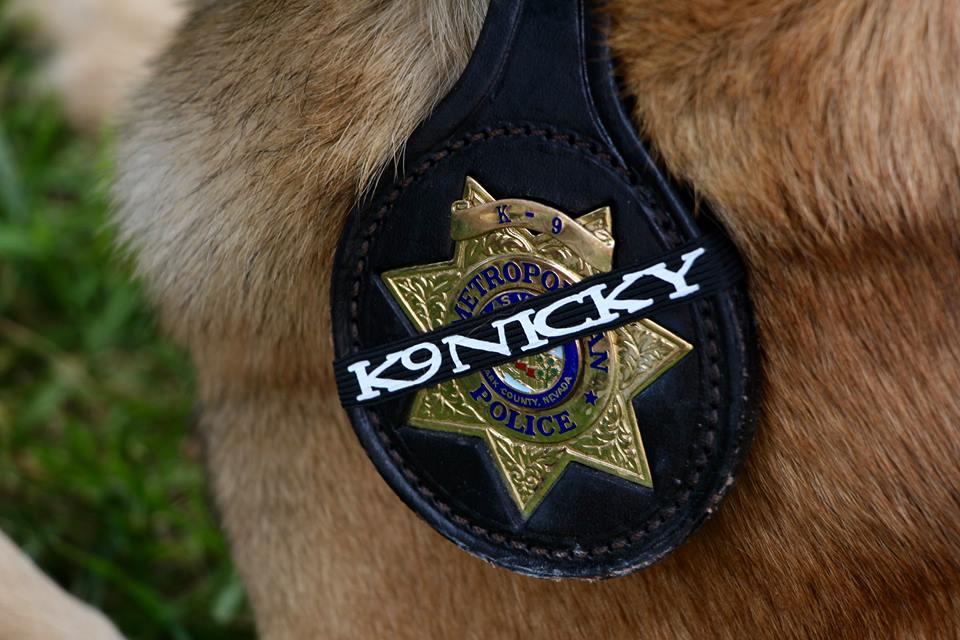 What does the fox say? Well we can surely ask wildlife photographer Mark Williams! Mark shared some incredible footage he was able to capture from his self-made green hideaway in his very own garden. This mini green meadow allows for Mark to capture one-of-a-kind photos that even illustrate the foxes' reflection in the water! View Now