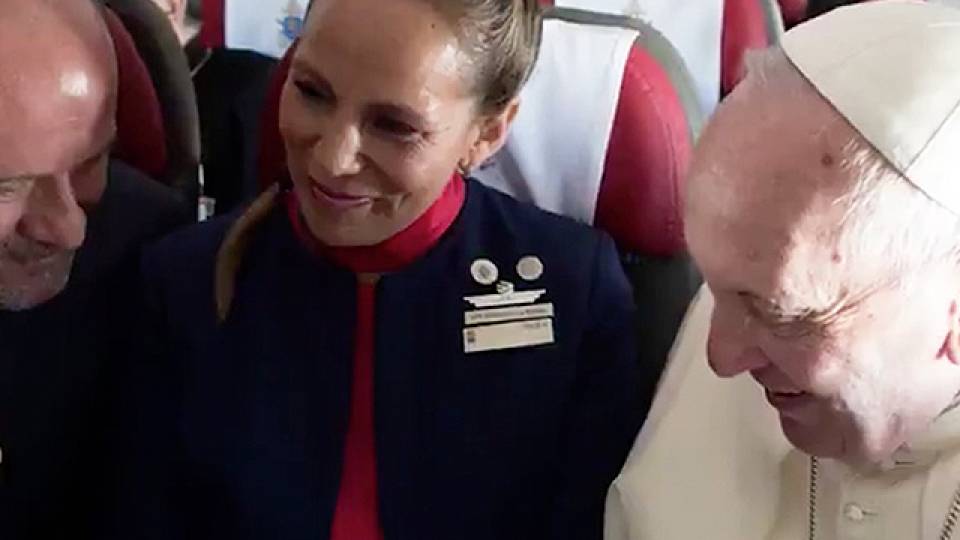 Not many people can say they've been married by the Pope! Two flight attendants had the honor while sharing a flight with Pope Francis. Carlos Ciuffardi Elorriga and Paula Podest Ruiz met eight years ago and were married in a civil ceremony in 2010, but were unable to have a Catholic wedding after their church collapsed during an earthquake, according to ABC News.

"Can't believe the Pope married us!" Lucky couple gets married aboard a plane by Pope Francis himself—the first time a Pope has celebrated a wedding during a flight. https://t.co/O00eXJJmTC pic.twitter.com/8sBw89UeKn

It's the first time the Pope has celebrated a wedding mid flight. Congratulations to the happy couple from all of us at RTM!