Multiple Injuries After Shots Are Fired At YouTube Headquarters 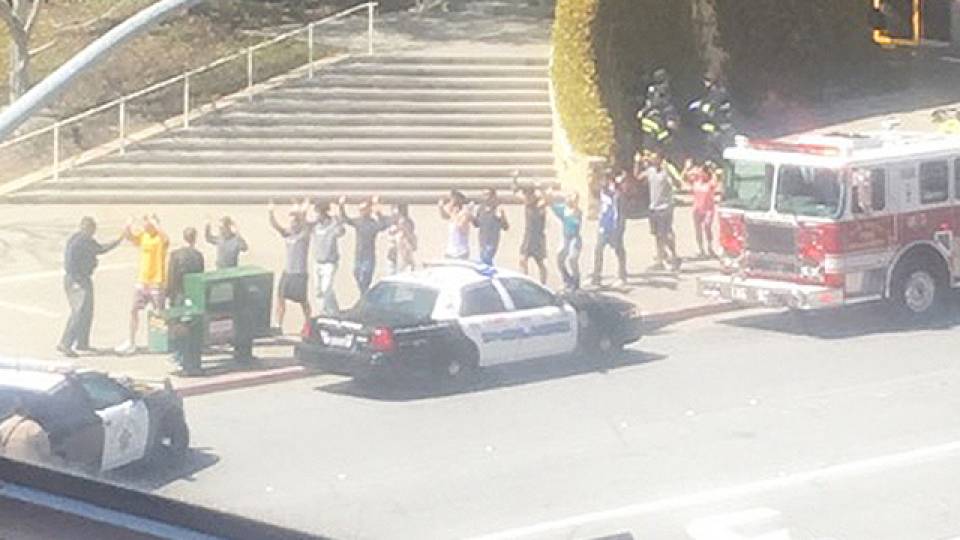 Police are investigating after a devastating shooting at YouTube offices in San Bruno, California Tuesday. Three people were taken to the hospital with gunshot wounds.

The shooter is confirmed to be a woman and is reported to be dead from a self-inflicted wound. She had a vendetta against YouTube and was upset with the company's policies and practices, according to ABC News.

Relatives of the alleged YouTube shooter say they told police about her vendetta against the company and warned them "she might do something." https://t.co/A5haGKEcoF pic.twitter.com/569qyKrvE4

San Bruno police chief on whether the shooting could be terror related: "We know that she was upset with YouTube... whether that rises to the level of terrorism hopefully will be determined in the next couple weeks." https://t.co/WdkDCtu5Bo pic.twitter.com/SY6yFWgXpT

KGO broadcasted a live feed on their website during and after the shooting as well as on their Facebook page seen below.

It appears these employees were there at the time but safely made it outside.

Never thought I'd ever live tweet from the site of an active shooting. There's a first time... wait this is commonplace. #youtubeshooting #marchforourlives pic.twitter.com/KTUe599XB1

We were sitting in a meeting and then we heard people running because it was rumbling the floor. First thought was earthquake. https://t.co/gmolQmRXm1

I looked down and saw blood drips on the floor and stairs. Peaked around for threats and then we headed downstairs and out the front.

In an Uber omw home. Hope everyone is safe.

Active shooter at YouTube HQ. Heard shots and saw people running while at my desk. Now barricaded inside a room with coworkers.

Safe. Got evacuated it. Outside now.

Active shooter at @YouTube. Becky and I are safe

Others shared their experiences on social media.

Gunshots at the @youtube office in San Bruno. My office across the street is on lockdown.

We are seeing @YouTube employees being brought out with hands up! pic.twitter.com/ZlSMY9FIVm

We'll continue to keep you updated on this situation as we learn more.