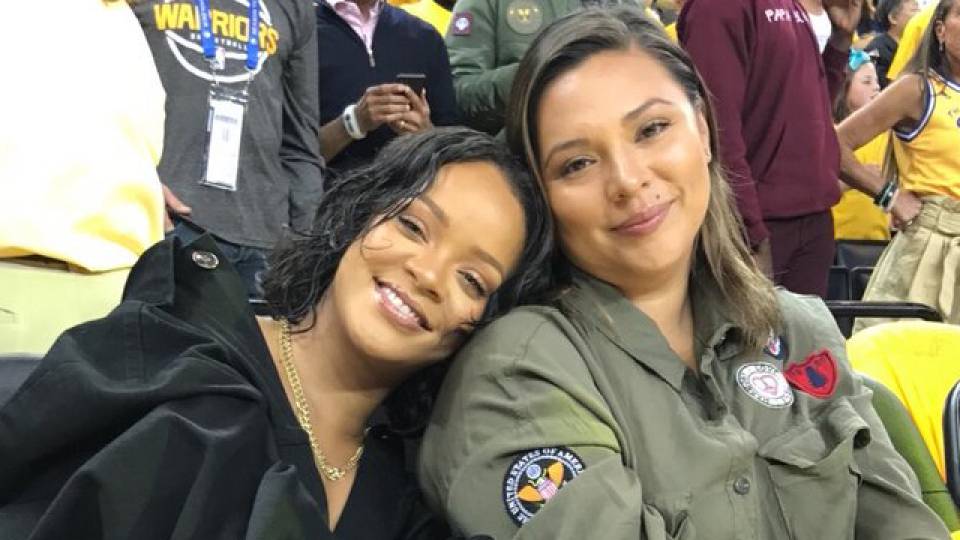 Rihanna raised a ruckus at Game 1 of the NBA Finals between the Cleveland Cavaliers and the Golden State Warriors. Fans caught her using some naughty language behind the scenes.

Rihanna: "The King is still King, b----!" via @rachelnmarcus pic.twitter.com/woA5DDP87y

Fans also shared footage of her dabbing as they watched the game at home.

Sports analyst Jeff Van Gundy got a little giddy when she walked in front of him.

"Rihanna just walked in front of me." Jeff Van Gundy, the realest, out here willing to risk it all. pic.twitter.com/z2jTfiBYrh

Her appearance even had players like Kevin Durant a little distracted. Durant allegedly stared her down after a three-pointer and reporters brought it up at the press conference after the game.

Reporter: "...you looked towards the crowd towards Rihanna. Was that on purpose?"

Kevin Durant obviously doesn't give a damn about Rihanna. Hit that three in front of her and then stared her down. #NBAFinals pic.twitter.com/m9chcAwgoM