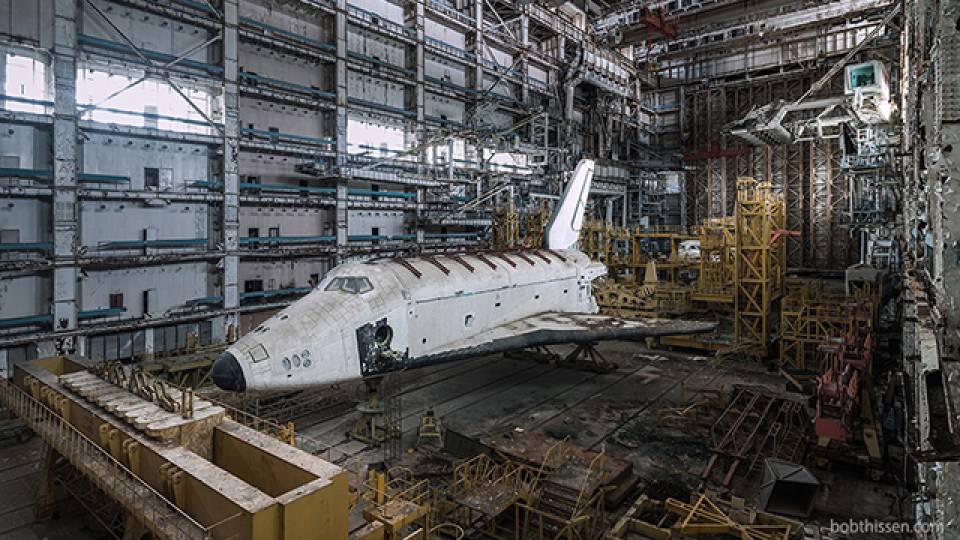 If you're one for adventure and discovering lost things, then you'd get along with Exploring the Unbeaten Path. While traveling through Baikonur, Kazakhstan photographer Bob Thissen and his pals made the decision to trek to an active military base in Russia. Sounds crazy right? Well, they're on a mission to find an abandoned hanger, inside lying space shuttles from the Buran programme of 1974. The Soviet and later Russian spacecraft project was canceled in 1993, never to be continued.

So, instead of destroying everything, it has been left seemingly untouched for over 20 years. It's incredible how a piece of history this involved has been left to the elements of the earth.