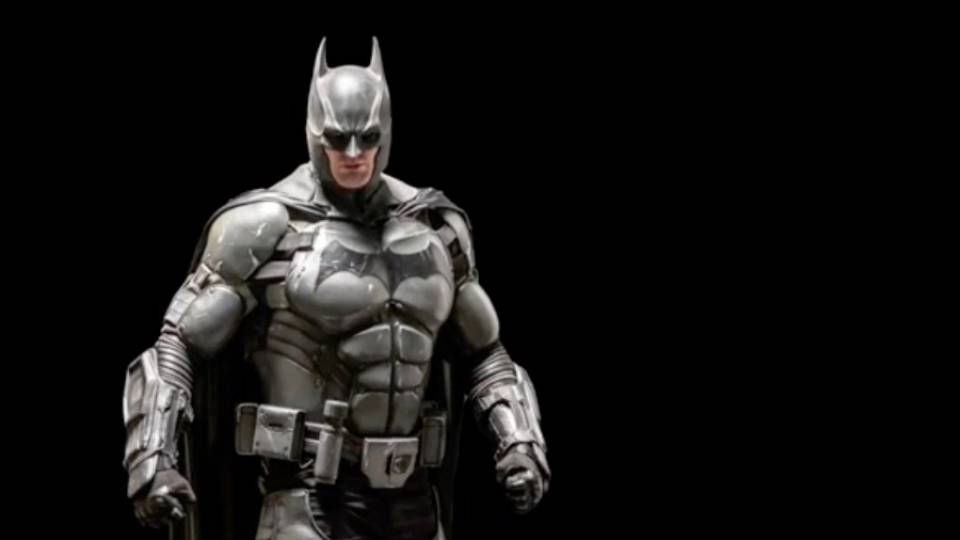 Move aside, comic books and action figures, Irish media special creature effects designer Julian Checkley takes fandom to an entirely new level with a custom functioning Batsuit bristling with an arsenal of dangerous (and sometimes corny) gadgets! It's so special, in fact, this cosplay creation has landed both the suit and its designer in the pages of the 2017 Guinness World Records.

With cameras rolling, Julian the Caped Crusader demonstrates each of the epic 23 gadgets that have made him the most eligible cosplay bachelor of Gotham.

Dad is watching little Rush while he plays in the gym, and Mom is watching Dad while providing some pretty hilarious narration. But, when Rush runs after a ball directly behind a boy that's swinging, disaster almost strikes...until Dad saves the day! With some seriously impressive reflexes, he manages to swoop in and grab Rush in the nick of time — and Mom caught the whole thing on camera! Next, adorable little Baylor and Bentley are out playing in the front yard with their dad when a curious squirrel starts chasing them. Uh-oh...run Bentley, RUN! View Now

Brennan is no ordinary cat. Brennan has polydactyl, meaning he has an extra appendage on his paw. That's why Brennan's human Sheila says he has "Man Hands." And how does Brennan the cat use his man hands? Well, it isn't for good, if that's what you were thinking? He pretty much just trashes bathrooms and such. But who could stay mad at that face? Speaking of cats, Felix the cat (not the cartoon one) is setting a bad example for his brother, Captain the dog. Captain figures that if Felix can fit through the pet gate in the house, so can he! View Now

A Chimney Is No Place For A Family Of Raccoons

Rescuing a family of raccoons from the bottom of a chimney? Sounds like a job for Gates Wildlife Control! The rescuers are relocating a mother raccoon and her five babies, and it's no walk in the park. After some resistance, they're able to safely remove each critter and reunite the family outdoors. Another job well done for these pros! View Now
More animal videos