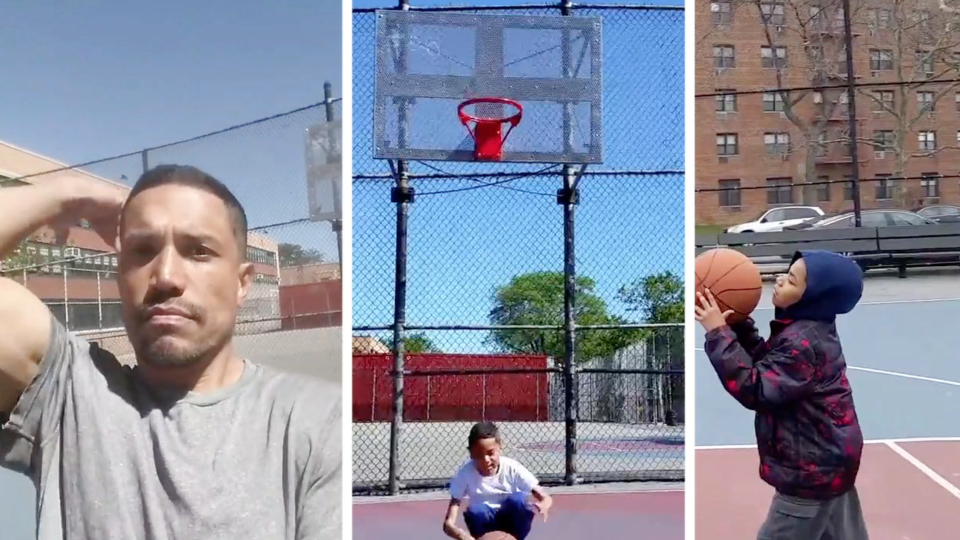 For all their tough love, Dads are the worlds' biggest cheerleaders.

Father-of-two Neal set the bar high after he learned his eight-year-old gamer son had never made a basket on a full-size court. So, in classic dad style, he spent the afternoon on the court cheering on his son--who missed shot after shot. As you see in the original video below, even though the poor little guy almost gives up, on his 40th shot he finally makes it!

It's obvious from their beaming faces that all that work was worth it!

But of course, like the dad hero he is, Neal practices what he preaches! Soon, he's shooting for HIS first trick-shot too! He took a little longer than his sons (93 attempts) but in a heartwarming twist, we see his two sons cheering their dad to victory.

Neal says he encouraged his sons to give basketball a try so they'd feel they could accomplish anything.