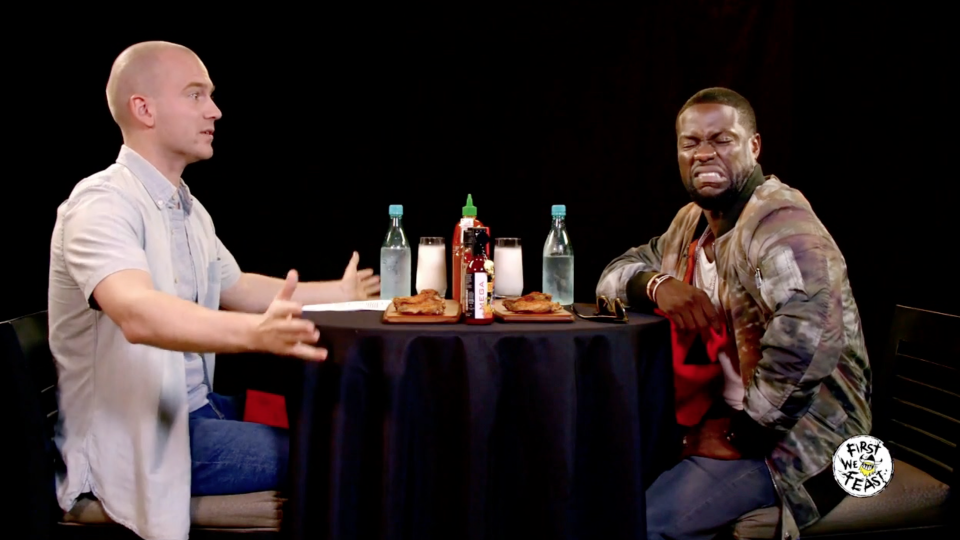 To promote his new film comedy What Now? hit comedian Kevin Hart joins the First We Feast crew for an unusual interview. It's like no other Q&A because between hilarious stories, Kevin's sweating his way through spicy wing hell!

Catch all the jokes and Kevin's priceless hot sauce reactions on the full interview.

Charles ‘Ant’ James has the type of energy we love to see. He starts every day by giving his fiancée, Shay, a compliment so she can start her mornings on a positive note. View Now

This Anniversary Is Magical In More Ways Than One

Jim and Kelley are celebrating their 30th anniversary in Las Vegas, and believe it or not, they stumbled upon magician Rob Anderson from This Magic Moment! View Now
More Love is in the Air videos