The Moment When Your Gender Reveal Goes Horribly Wrong 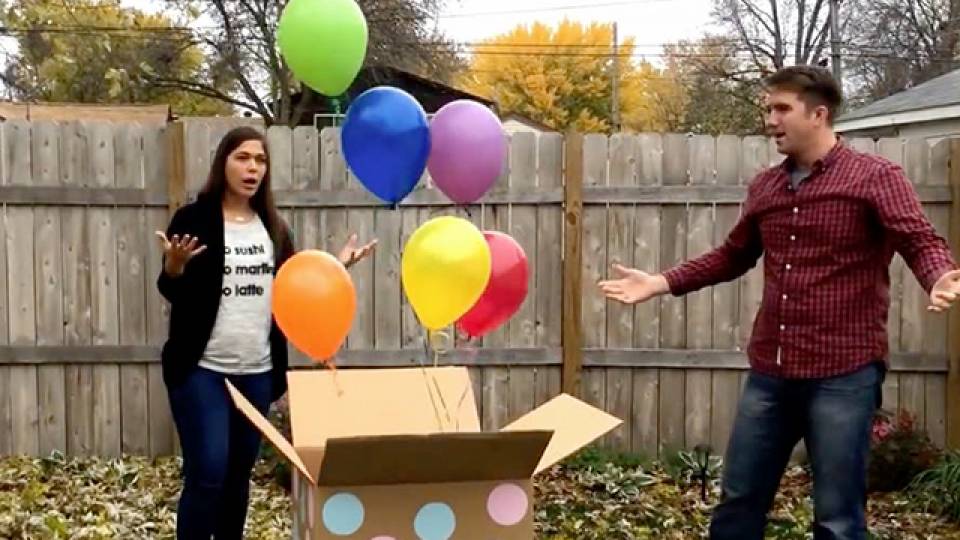 An incompetent balloon store employee epically botches the Krummel's perfectly planned gender reveal. Instead of the pink or blue balloons that would indicate baby Krummel's gender, they fill the cardboard box with multicolored balloons! Disappointed Mom and dad aren't having it, but a little while later they're able to re-shoot the announcement with the correct blue balloons.

There's nobody else but the "designated hitter" dad to blame for this next hilarious gender reveal-piñata overkill.