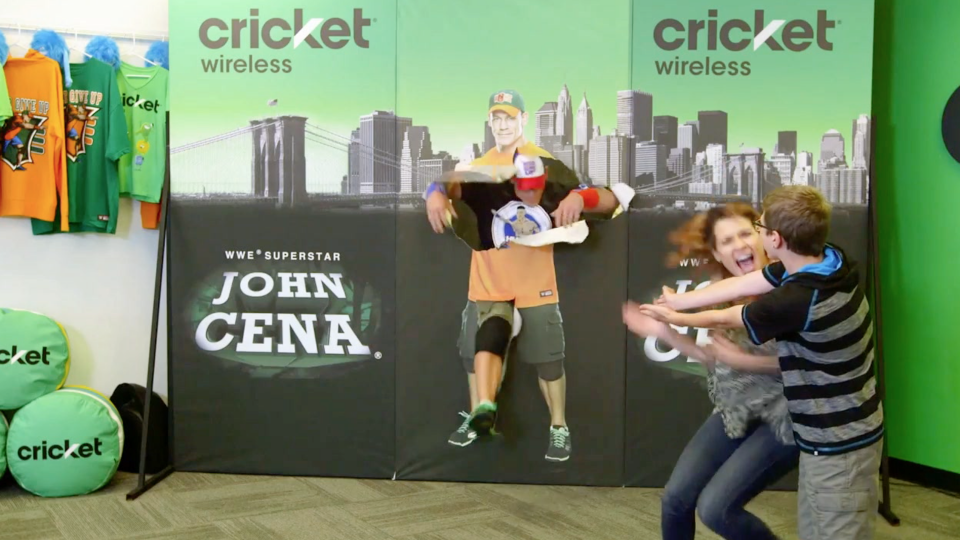 The "Unexpected John Cena" meme is the popular go-to meme for explosively jump-scaring your innocent viewers with an epic short montage of the WWE wrestling legend's moves in the ring, a booming announcer and of course, trademark explosions and 3D text.

Super-fans of the wrestler wouldn't have been more surprised if Cena had jumped out of their iPhone screens. But is exactly what happened in this prank video when the wrestler himself burst through a thin wall during a John Cena fan "tryout" on the set of a Cricket Wireless commercial. Their reactions were priceless.

Watch the commercial in its full awesomeness.

Get a glance behind-the-scenes.

Get ready for your mouth to water and your stomach to growl! This video, brought to us by Delish, shows us how to make S'mores Cookie Dough Truffles. View Now

The National Mango Board has brought us another mango recipe that looks absolutely wonderful! View Now
More recipe videos

While on safari in South Africa, these folks experienced a fascinating close encounter with some cheetahs. So close, in fact, that one of them even ran underneath the safari vehicle! Hey, better under than over if you ask us. View Now

The middle of the ocean is no place for a pup. Miraculously, a Navy vessel was nearby on its way back to port when they spotted the dog stranded and struggling in the frigid water, and they didn't waste a moment rescuing the sweet little guy. They still don't know who the owners are or how exactly it ended up there, but they're kind of hoping no one claims the dog so that they can be the ones to adopt it! View Now
More animal videos