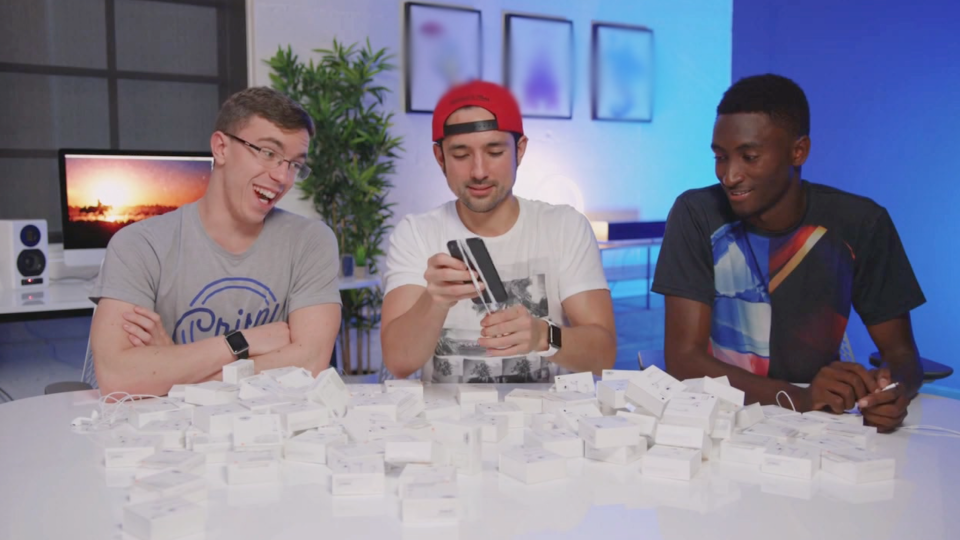 With all the Apple iPhone 7 hype, it's no surprise that the latest piece of must-have tech makes its way into the trendy "100 Layers" challenge. Our daring research team Jonathan Morrison and the gang try to wrap 100 new iPhone 7 EarPods around an iPhone 7! But before he unwraps a single EarPod, Jonathan donates the full cost of the pricey $3,000 experiment to UNICEF.

Five guys and three hours later, they've got a giant ball of smartphone tech! But what would an iPhone experiment be without a drop test? (Hint: UNICEF just received $750 more.)

The Dance Of The Scorpions & Momma Octopus And Her Eggs

Mike Harris was on a hike in Phoenix, Arizona, when he noticed two scorpions — dancing? Well, they were really fighting, but with some good ballroom music edited over it, these two scorpions look like they're dancing the tango. While it takes two to tango, it takes one momma octopus to protect thousands of eggs. In this footage captured by veterinarian Matteo Sommer, there are an estimated 50,000 to 400,000 eggs! Momma octopus has to guard and nurture her eggs for 45 days while they get ready to hatch. View Now
More animal videos