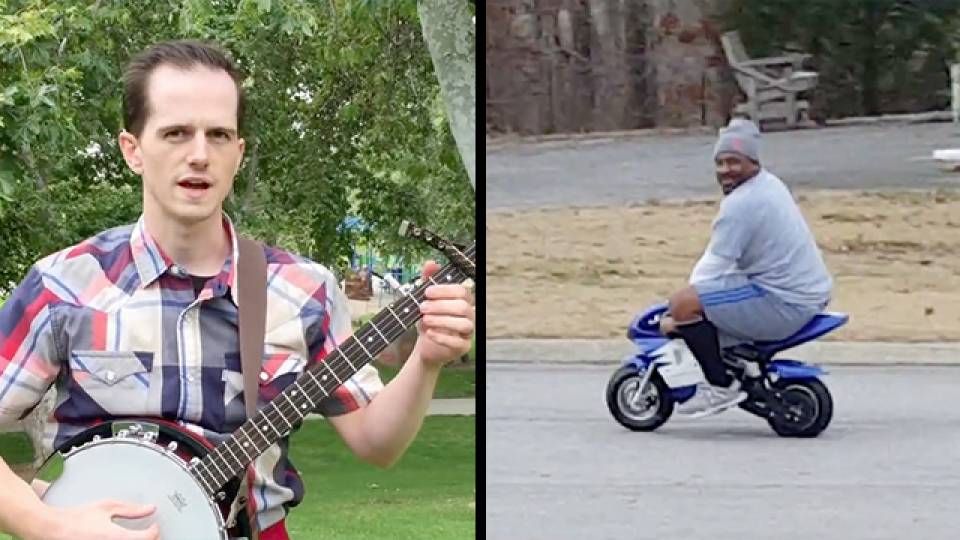 We won't give away Kurt Quinn's hilarious Guinness World Record submission for "fastest banjo player," but let's just say it isn't at all what it seems!

This adventurous dad's post-Christmas antics aboard a tiny, squashed pocket bike have gone viral. Matthew Cannon behind the camera only adds to the hilarity because he can't stop giggling at the odd sight!