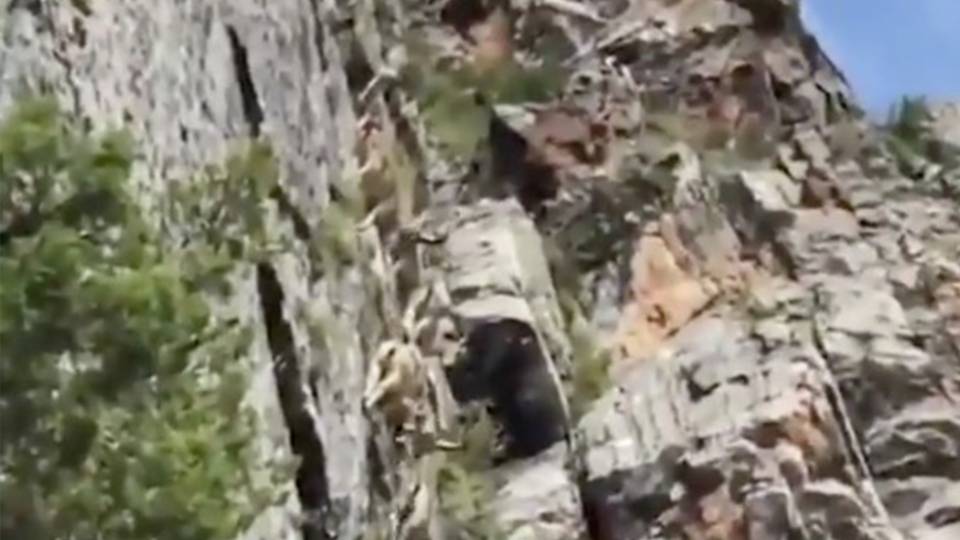 Apparently, these blue sheep don't follow the rules of gravity! Well, at least it appears like they don't. They're able to climb up and down the side of this cliff in China, even though it's incredibly steep.

MOVE OVER, SPIDER-MAN: Internet left baffled by viral video of blue sheep appearing to defy gravity as they gambol on sheer cliff face in China’s remote Valley of the Cats. https://t.co/nQIGZRBPqr pic.twitter.com/pd4fIZv1vB

No Oven Needed For This Mouthwatering Snickers Bar Pie

You don't need to heat up the oven to make a scrumptious pie! Jessica Hord knows a recipe for No Bake Snickers Bar Pie that's sure to satisfy your sweet tooth. View Now
More recipe videos

Have you ever come across someone who loves their motorcycle so much, they could practically call it home? Well, it looks like that was the case for this cobra in India. It had made a motorcycle its home, and it did NOT want to leave. Rescuers tried getting it out of there, but they weren't successful until the aggressive snake slithered onto the ground and someone caught it with their bare hands. View Now

Some Sea Creatures Are Friendlier Than Others

In Thailand, a group of fishermen are surprised to see a whale shark calmly swimming up to their boat. They decide to make the most of the rare opportunity by petting the whale shark before it swims away. What an amazing wildlife encounter! View Now

It's Humans To The Rescue For These Helpless Fawns

When a family in New Hampshire heard the cries of a deer in their backyard, they noticed that a fawn had gotten stuck in their soccer net. As the mama deer anxiously watched, one of the homeowners gently untangled the fawn and set it free. A little help from a kind human can go a long way! via ViralHog View Now
More animal videos