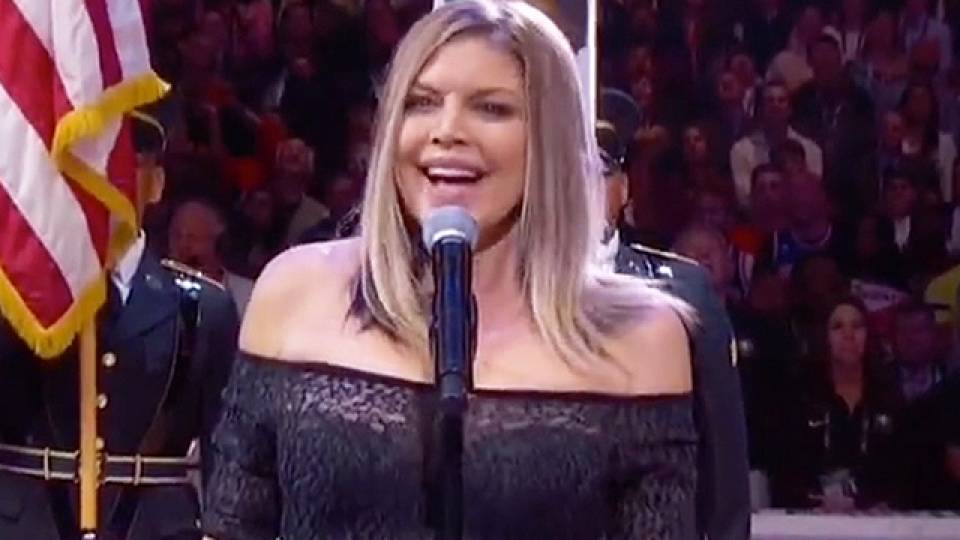 We don't want to laugh at her expense, but we really want to ask Fergie what just happened! The celebrity was picked to sing the "National Anthem" at the NBA All-Star Game, and her version is getting some interesting reactions online. See for yourself!

.@Fergie takes on the National Anthem at last night's @NBA All-Star Game - but not everybody was cheering: https://t.co/ZRZUWLRs2F@NBAAllStar #NBAAllStar pic.twitter.com/0cl9WhOIPz

Here's what social media is saying.

This All Star opening is confusing me. WTF is going on? Anyone?

The TRUE heroes of the night? The basketball players who kept straight faces #fergienationalanthem

She is a singer! It's not like she's never sung before. If she were an actress/athlete who attempted this for the first time, that would be 1 thing. However, she is a grammy award winning singer, which is why it's so surprising and uncomfortable to hear. #fergienationalanthem

Seriously, she had to practice that, and nobody said anything!
This is why you never surround yourself with yes people.