'Stay With Me' Seahawks Parody and Controversy 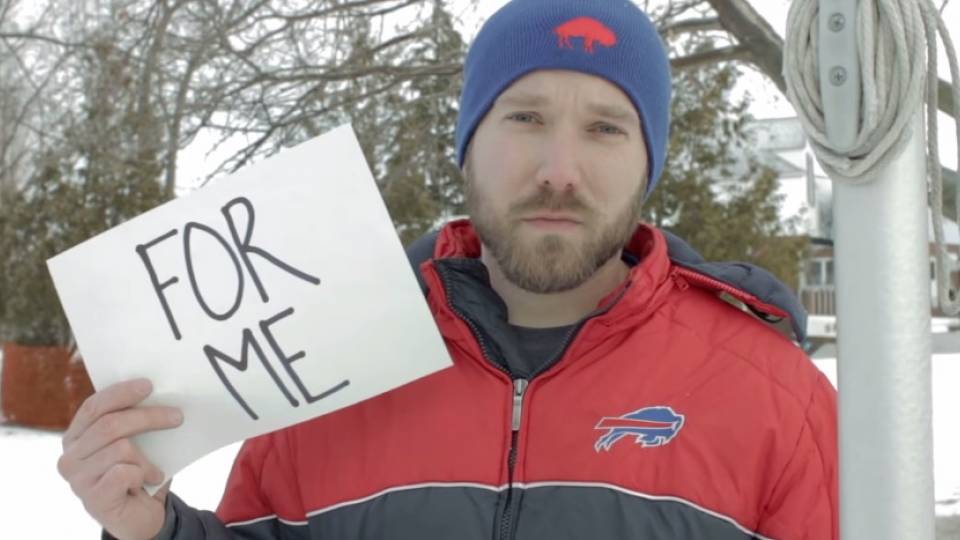 Jason Bojangals is rallying all the fans of the teams who were beat by the New England Patriots and their quarterback Tom Brady to root for the Seattle Seahawks during Super Bowl XLIX. The rally cry is set to Sam Smith's "Stay with Me," which has recently come under fire for sounding a little too familiar.

Check out the "Stay with Me" controversy:

After Tom Petty's publisher pointed out the striking similarities, the writers of "Stay with Me" conceded that the song's hook was essentially the same as "I Won't Back Down," although they claim it was purely unintentional. Everyone was able to come to an agreement on the situation, except perhaps the "who did it best" terms. (#TeamPetty)

Proposing Before Deployment & Dog Makes Infinity Sign In The Sand

After only a few short months of dating, Airman Toby Hayes had no doubt in his mind that Kelsey Appleyard was the lady for him. Her father was in the Air Force, so she's familiar with the military lifestyle and is the perfect partner for him. So when he got deployment orders, he secretly invited her family, surprised her and popped the question! View Now

Goat Rescued From Well & Kitten Gets Stuck In A Pillow Case

Firefighters in Ukraine had to get creative for an unusual animal rescue. Someone's pet goat fell into a six and a half feet deep well. While goats are known to be great jumpers, it couldn't get out. Using firehoses and brute strength, firefighters were able to pull the goat out. View Now

Finding A Rare Squid In The Ocean Deep

While this strange creature might look like something Will Smith would fight in a big Hollywood blockbuster, what you're actually looking at is a magnapinna. This squid has long spider-like tentacles, and they're actually pretty hard to find out in the wild. It must be so exciting to be part of NOAA Ocean Exploration and find incredible sea creatures like the magnapinna. View Now
More animal videos

Sean Paul recently won a Grammy for Best Reggae Album. He’s also got a fresh single, “Dynamite” featuring Sia, so Elle sat down with the Jamaican legend to test his musical agility with a game of "Song Association." They present a random word and Sean Paul has 10 seconds to sing a song featuring that word. He draws on his own hits as well as classics from The Byrds, Billy Ocean, Beastie Boys and more. View Now

The holiday season isn't complete without new music from Pentatonix. The Grammy-winning a capella group just released a new holiday album, featuring "The Prayer", and we're not sure what's more stunning...the visuals or the vocals? If you're as obsessed as we are, you can check out their new holiday album or see them on tour in a city near you. View Now

Xyir's first birthday is right around the corner, but thanks to his Mimi Shanta he's already getting special treatment. Although his mom says he should stick to baby food, Mimi thinks only the best for her grandson so she serves him up some of her greens! Speaking of serving, Raising Cane's customers in Fayetteville, Arkansas had Snoop Dogg as their server! The rapper worked the drive thru while in town for a show. Talk about a special way to get some chicken. View Now
More celebrity videos

This Is The Moment!

Right now! It's all come down to this moment: her "like" on his TikTok video, his months of coded love letters, now they're at Klyde Warren Park in Dallas, Texas about to have a romantic picnic when (womp, womp) the FREAKING COUPLE NEXT TO THEM gets engaged. But Chris won't let this ruin his plan. Torie is the girl, the one, for him and when she turns around to find him down on one knee — they get their moment, too! Congratulations to the happy couple! View Now

The Emotional Rollercoaster Of Finding Out You're Pregnant

Finding out you’re pregnant can be a confusing and exciting time as you experience a wide range of emotions. Beauty YouTuber Tina Yong is going through that tumultuous phase a she takes a series pregnancy tests. On the first day it's negative, but the very next day, she discovers that she is in fact pregnant! She takes a third test the next morning with her husband, Alfred. View Now

Eddie Torres first told his girlfriend Serena that he loved her at Disneyland Paris. So naturally, he decided to continue the tradition and take the next step in their relationship at Walt Disney World in Florida. In front of Cinderella's Castle, he got on one knee and popped the question! Based on Serena's princess perfect reaction, it's clear that it's going to be a happily ever after for them! View Now
More Love is in the Air videos