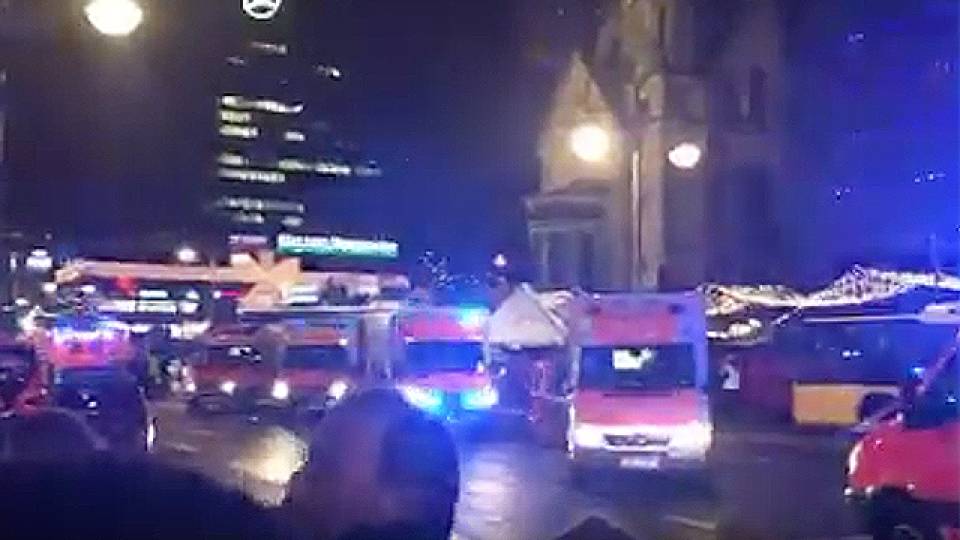 German police officers are reporting 12 people are dead and at least 48 injured after a truck rammed into a crowd at a Berlin Christmas market. It happened in Breitscheidplatz Square in western Berlin. It's now being investigated as a deliberate terror attack. The Tunisian ISIS fanatic suspected of being behind this, Anis Amri, was killed in a shoot out in Milan, Italy on Dec. 23. Video has emerged of Amri pledging allegiance to ISIS.

The Tunisian ISIS fanatic suspected of being behind this, Anis Amri, was killed in a shoot out in Milan, Italy on Dec. 23. Video has emerged of Amri pledging allegiance to ISIS.

Dashcam video from another vehicle shows the truck driving into the market at full speed. Witnesses said the truck didn't slow down at all and was going around 40 mph.

Video after the incident shows emergency workers at the scene.

Bells rang to commemorate the victims of the attack.

#Berlin Church bells #Breitscheidplatz are ringing as the commemoration ceremony is about to start #berlinattack @dwnews pic.twitter.com/lbuNgndTyk